Less than two weeks before they were set to fly out for the United States, Bobbie-Jo Nash and Ian Wright made a split-second decision.

Engaged for a year, the couple had made no wedding plans but talk of the overseas trip had friends and family joking about a Las Vegas elopement. 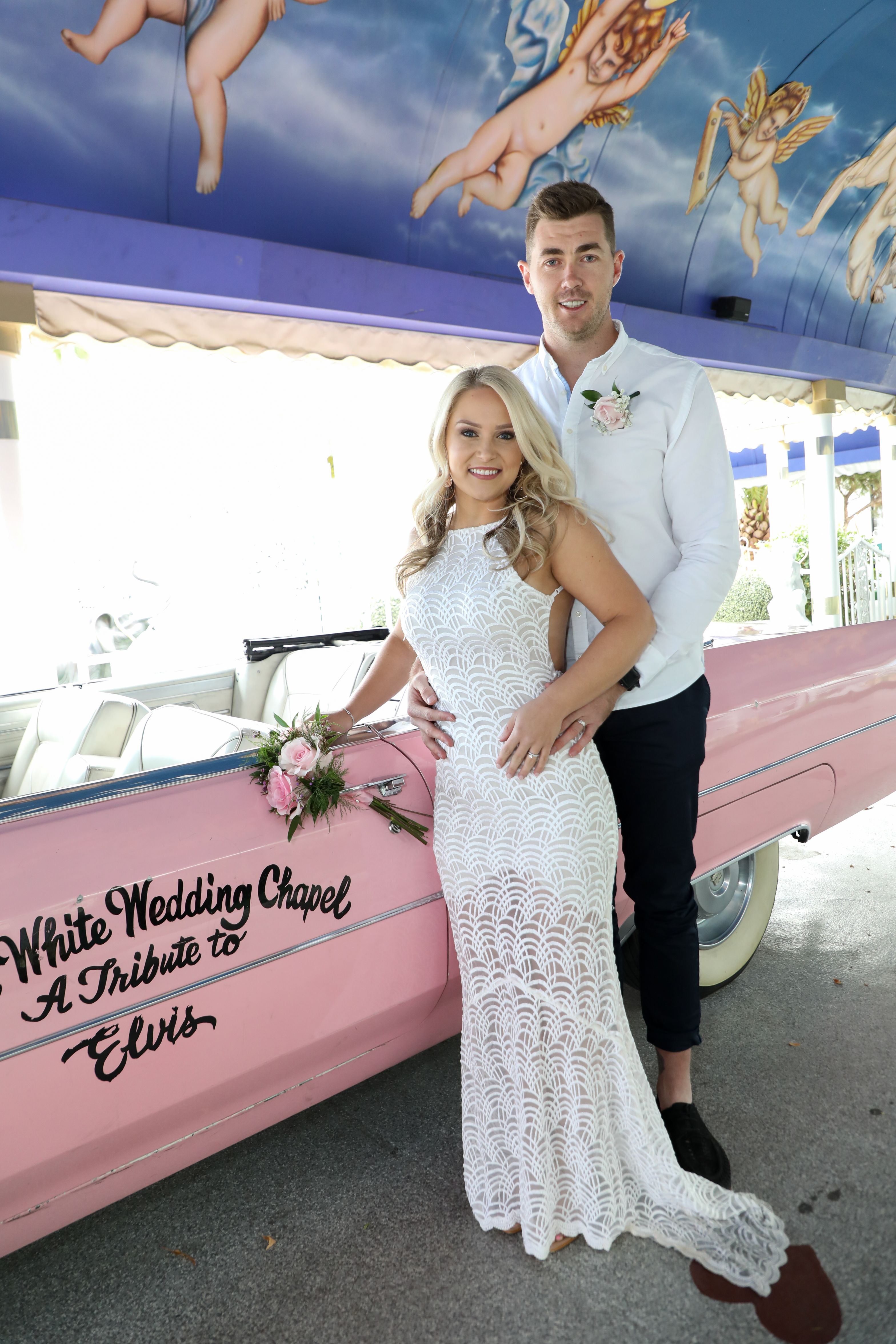 ​​​​​The seed was planted and on a Sunday drive they turned to each other and decided to do it.

“People had mentioned it as a joke and we thought why not,” Bobbie-Jo said.

“We called the venue and booked it in.”

With a stop in Vegas already planned for New Year’s Eve the date was locked in.

In the week leading up, Bobbie-Jo and Ian let their family and closest friends in on the secret and the bride-to-be borrowed a suitcase-friendly yet intricate white gown from a friend.

“It was important that Dad was okay with it and he thought it was a great idea,” she said.

Having arrived in Las Vegas the day before, the Bobbie-Jo and Ian woke up together on their wedding day.

There was no need to hide the dress, no need for drinks with the bridesmaids to calm the nerves, no need for a first look, just them.

“We did only what we wanted to do on the day for ourselves and enjoying each other’s company,” she said.

“It was nice to get ready together, we didn’t have to stress about anything.”

After arriving in a limo at The Little White Wedding Chapel, the most memorable part of the day was being announced husband and wife and they then brought in the new year as a married couple.

The next day they shared the news with those back home with an Instagram and Facebook post and while everyone went crazy, Bobbie-Jo said the elopement wasn’t unexpected.

And they continued on their travels – now a honeymoon – and headed to New York City.

See more photos from Bobbie-Jo and Ian​​​​​​​'s wedding day over on our Instagram.