Marrying your summer crush may sound like a movie ending, but for Sam Livingston and Rob Prosenik it’s a true love story.

First meeting while holidaying in Echuca, they started dating a few summers later at 15, before Rob popped the question in their happy place. 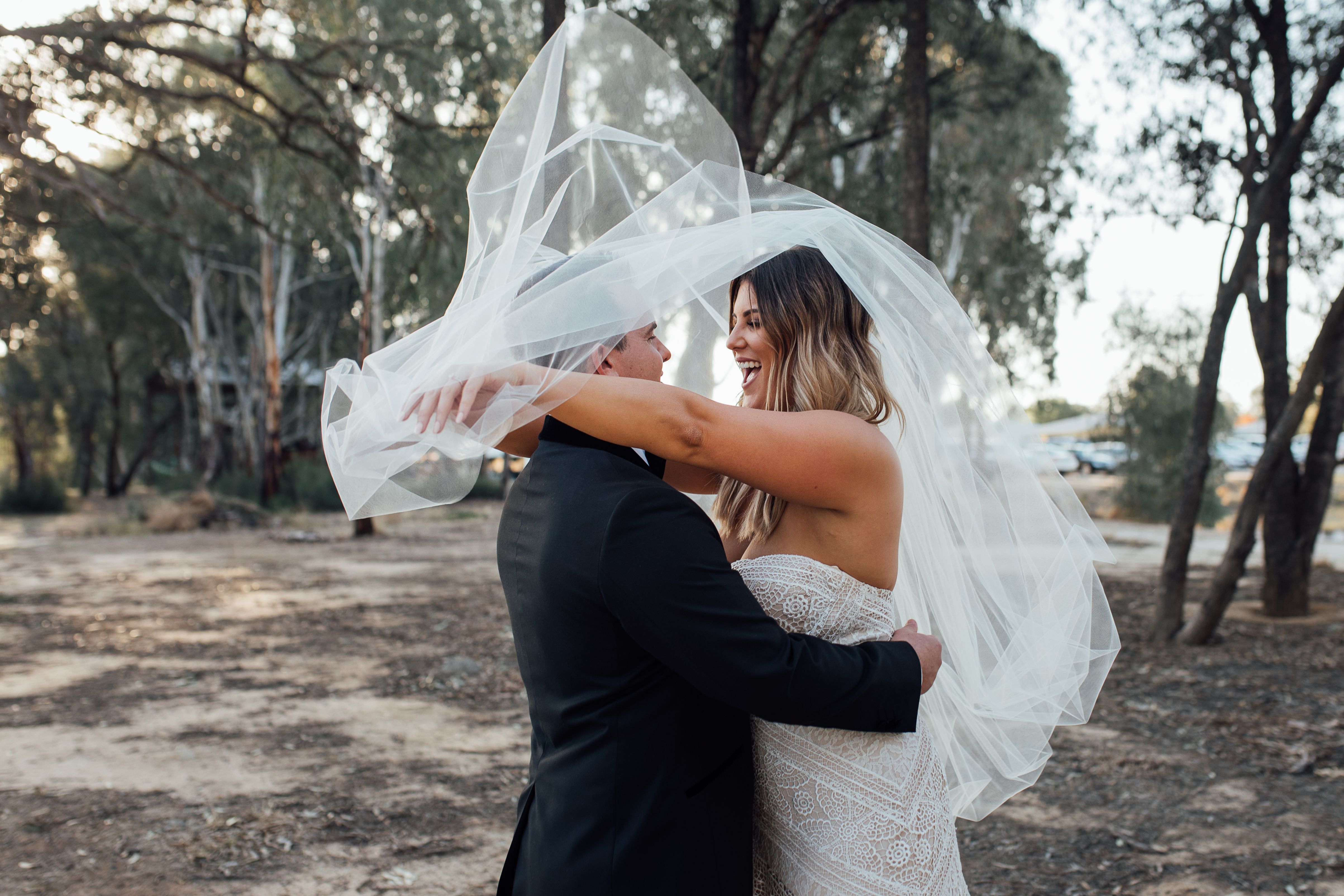 It was no surprise the couple chose Tindarra Resort on the banks of the Murray River as their wedding venue.

The pair threw out the tradition book, opting for meaningful inclusions against formalities – with a big dose of fun.

“We didn’t care what anyone thought,” Sam said.

“We just wanted it to be a big party.”

What started as friendly jesting ended up setting the tone of their wedding day with Rob’s best friend from kindergarten Corey Whelan as acting celebrant.

He officiated the ceremony, except for when the real deal stepped in to make the marriage official.

“When we started dating he would always say ‘you two should get married’ and Rob said ‘only if you marry us’,” Sam said.

“Neither of us had heard what he was going to say – he kept it a secret.

“He was so good I wouldn’t change it for the world.

“Everyone laughed, everyone cried, it really encapsulated us because he knows us so well.”

They continued kicking tradition to the kerb with a man of honour, flats for comfort (and so Sam wasn’t taller than Rob), playsuits for the bridesmaids, wreath bouquets and boutonniere, a dress change and ditching the cake in favour of a champagne tower.

For Sam the only part of the day that made her nervous was pouring a magnum over a tower of old school champagne glasses.

But in the end it was a show stopper for all the right reasons and served on platters as a reception welcome drink. 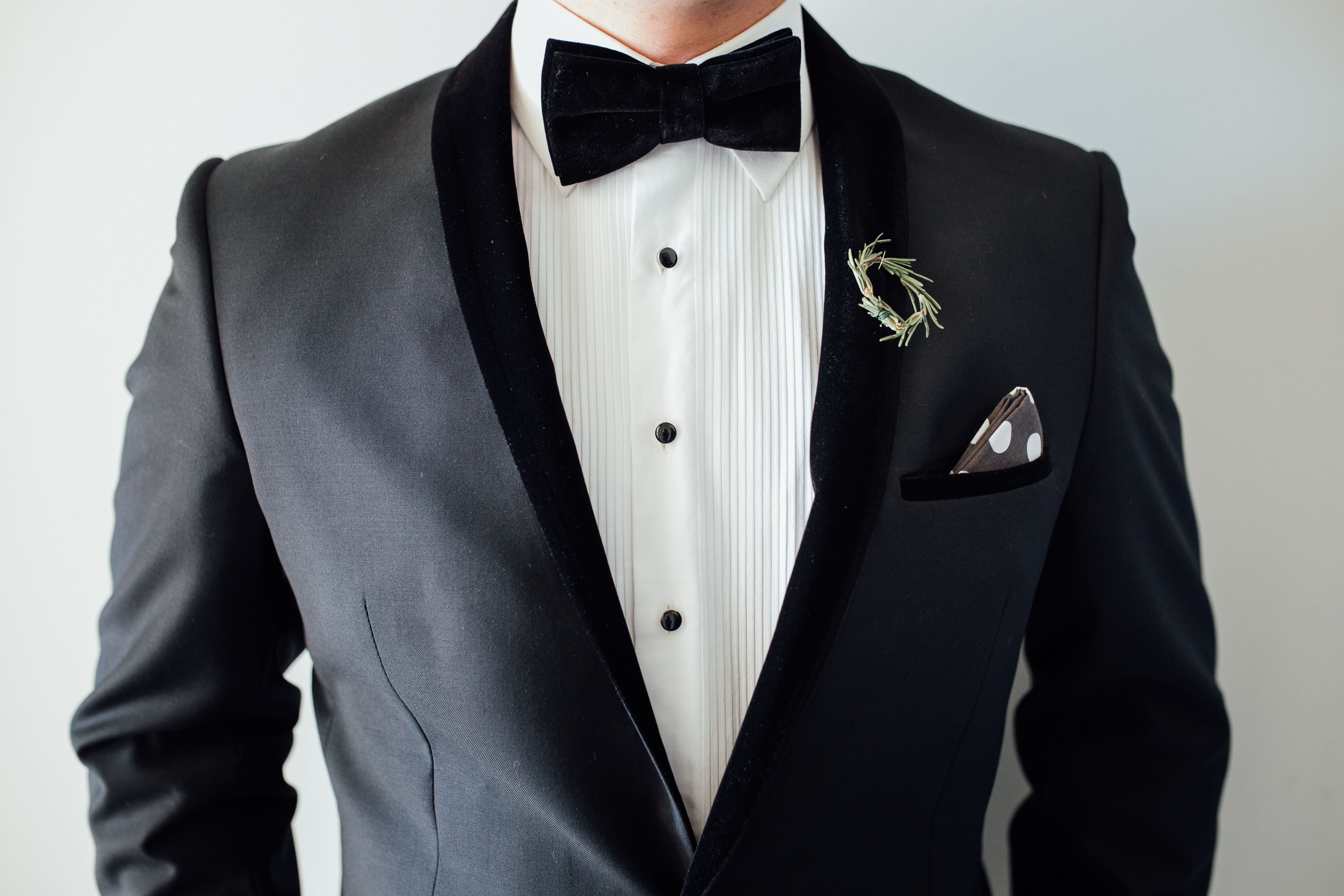 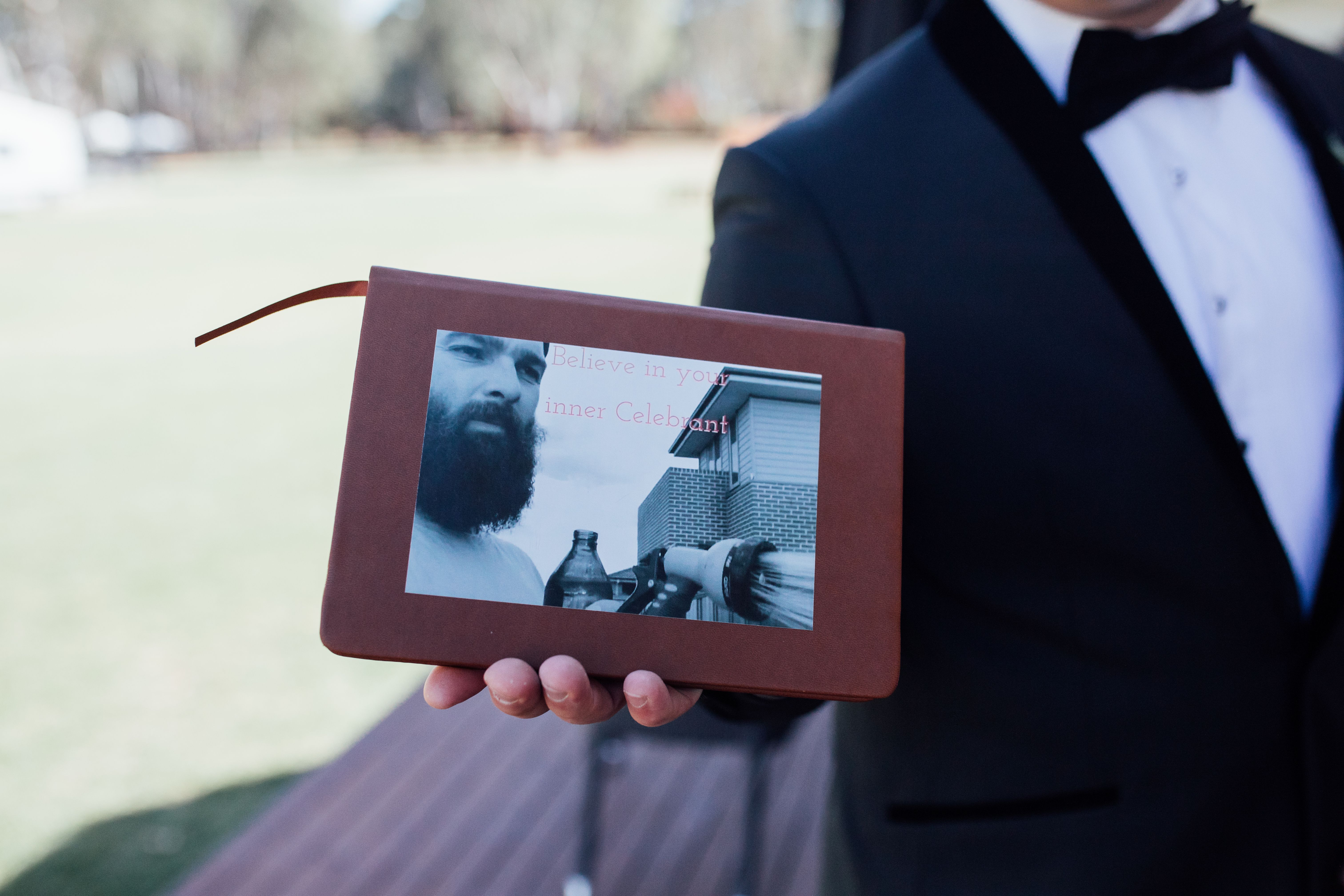 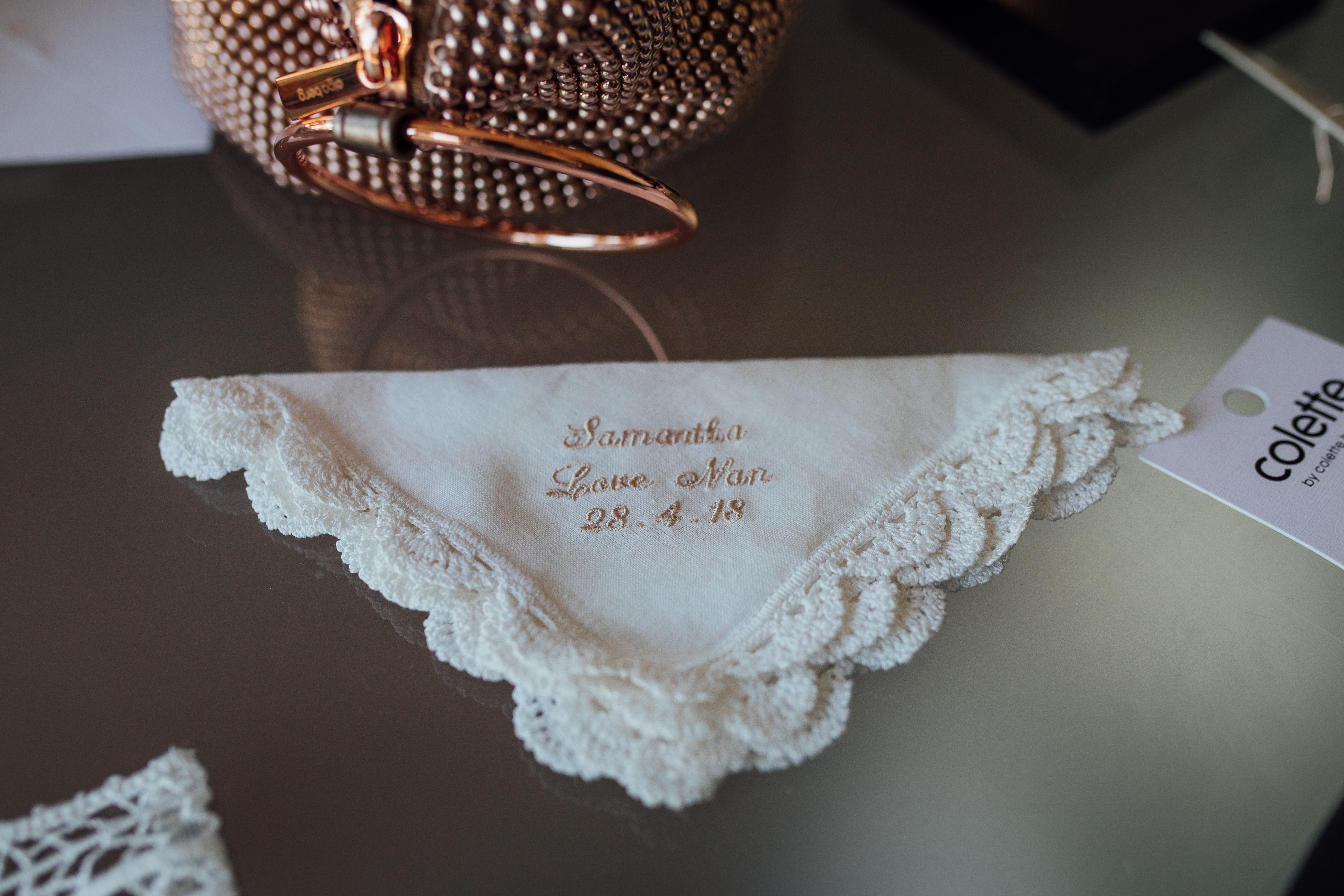 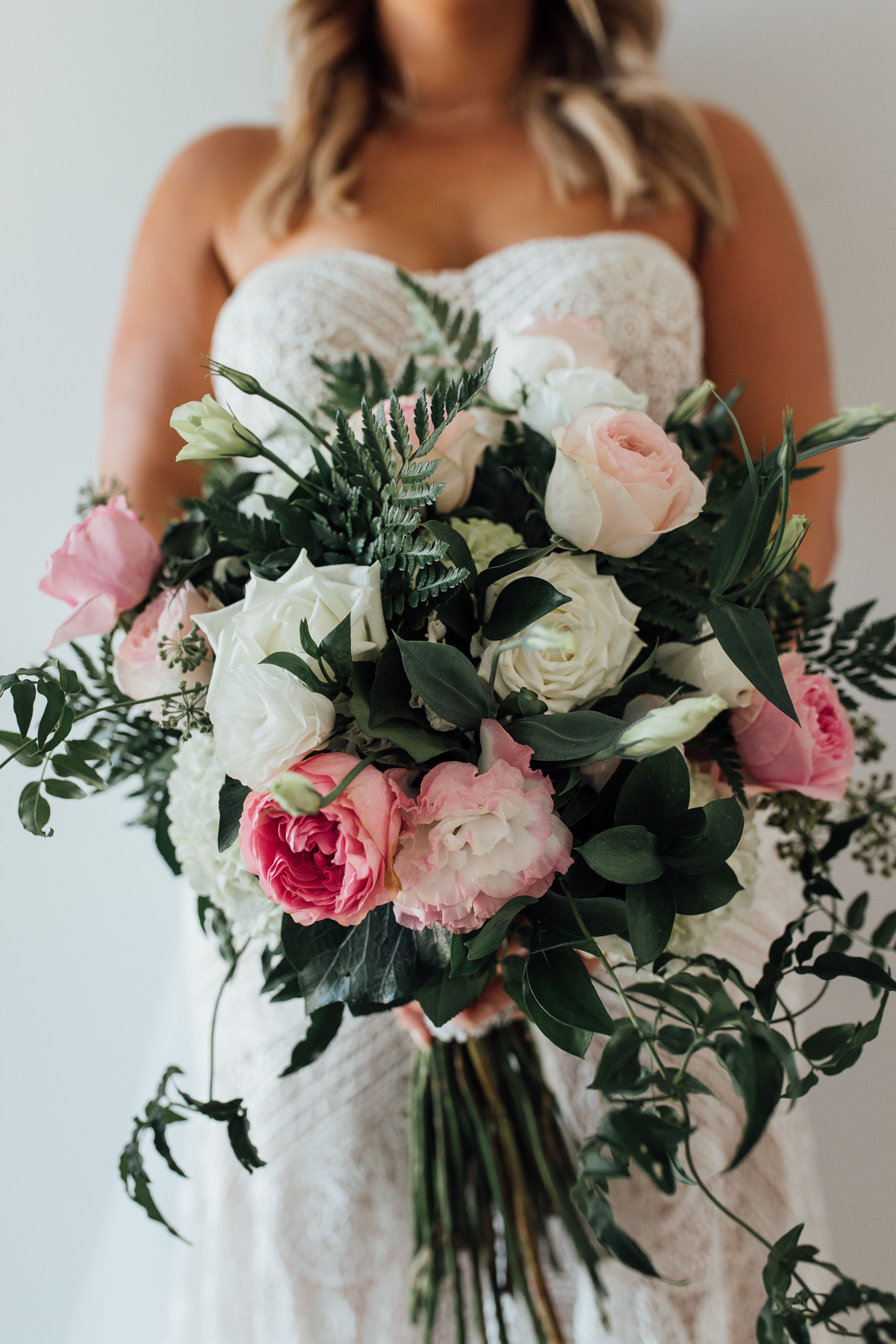 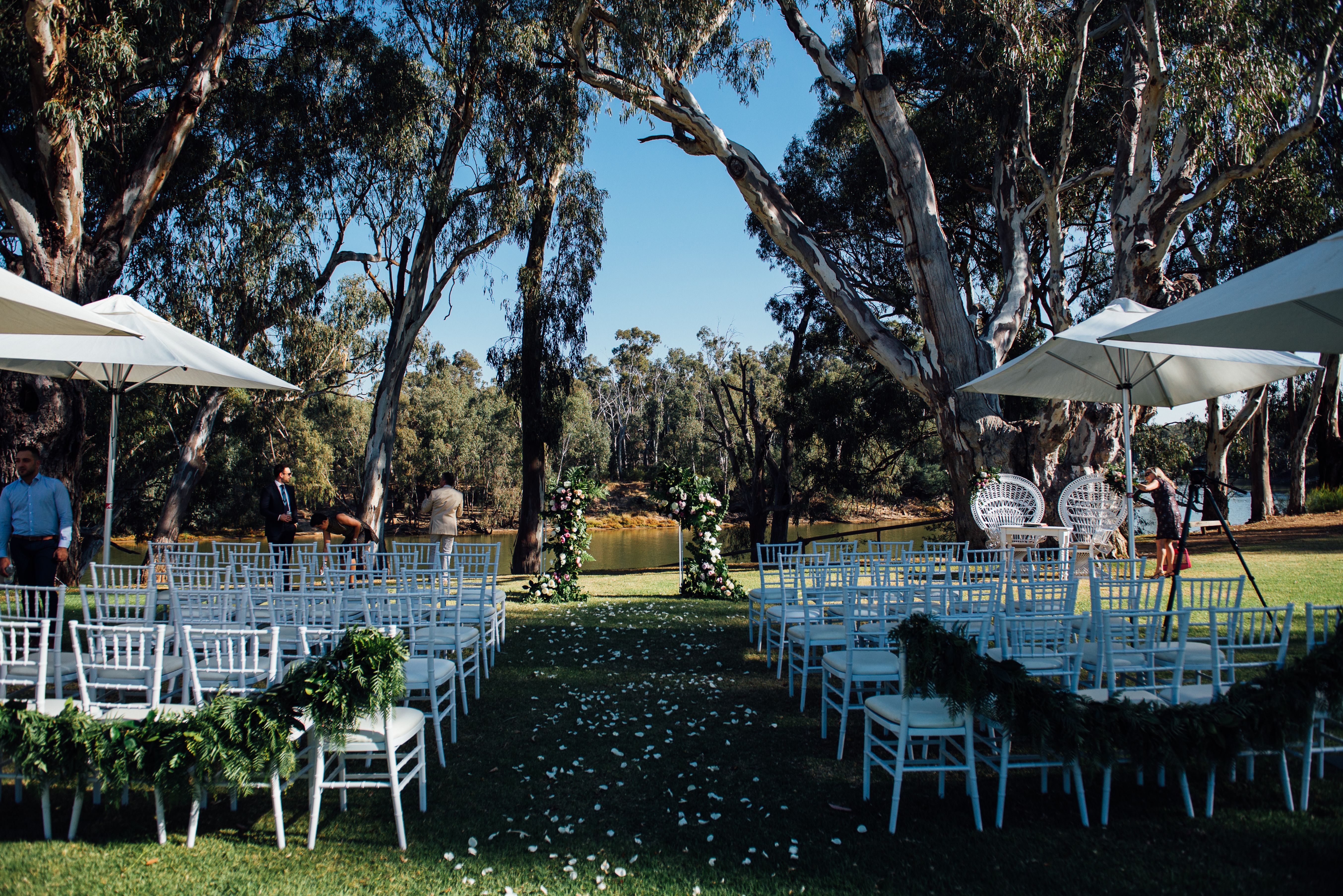 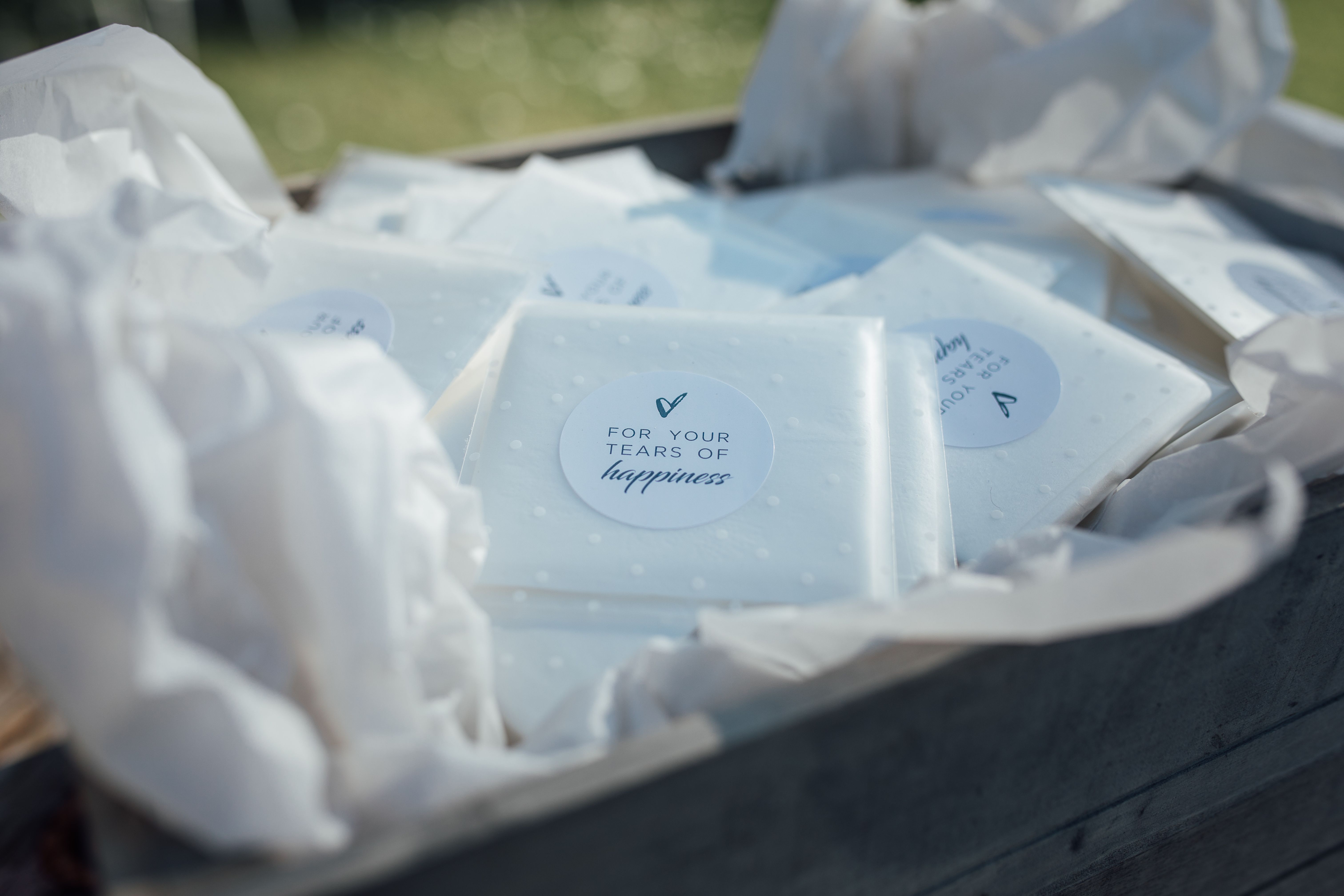 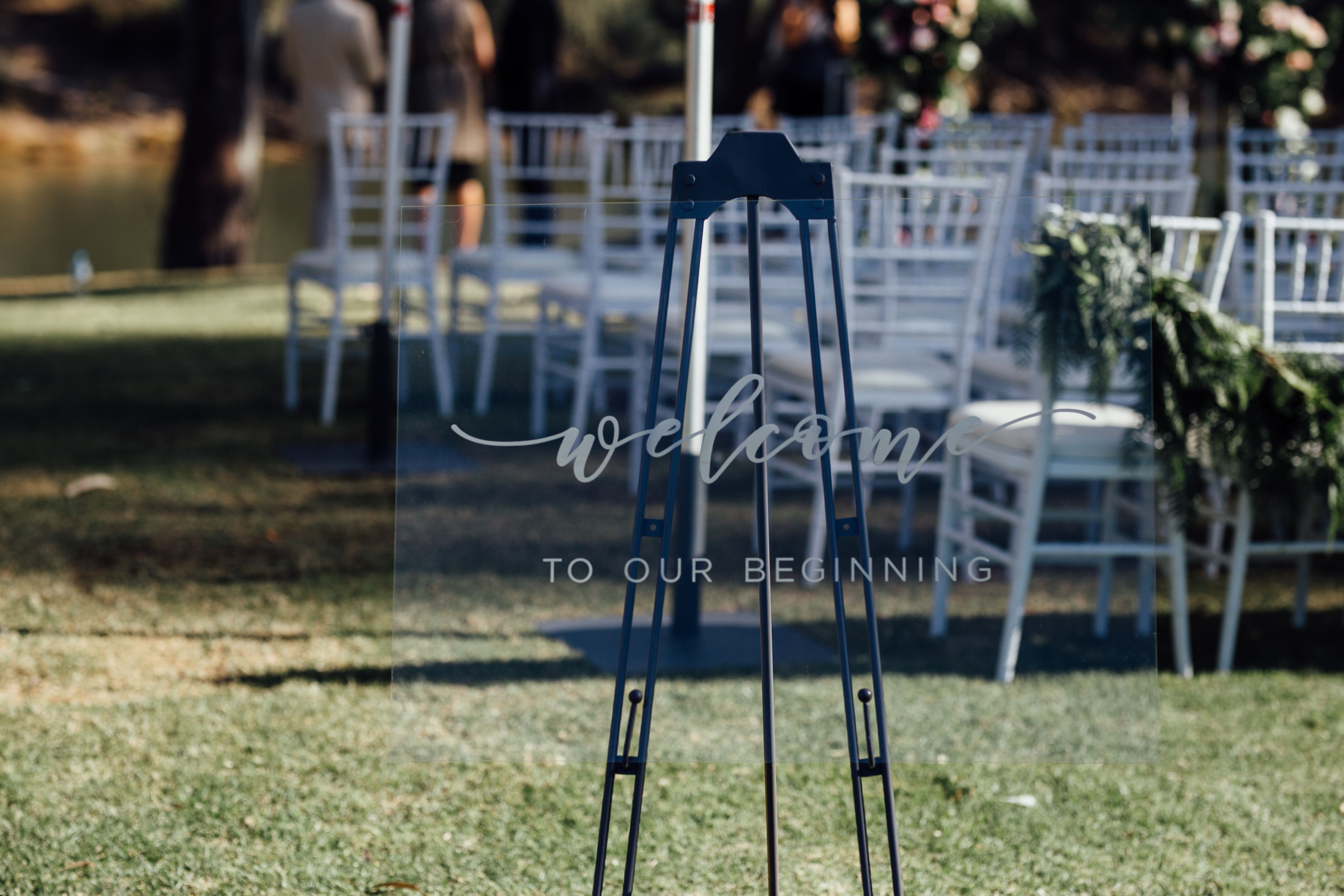 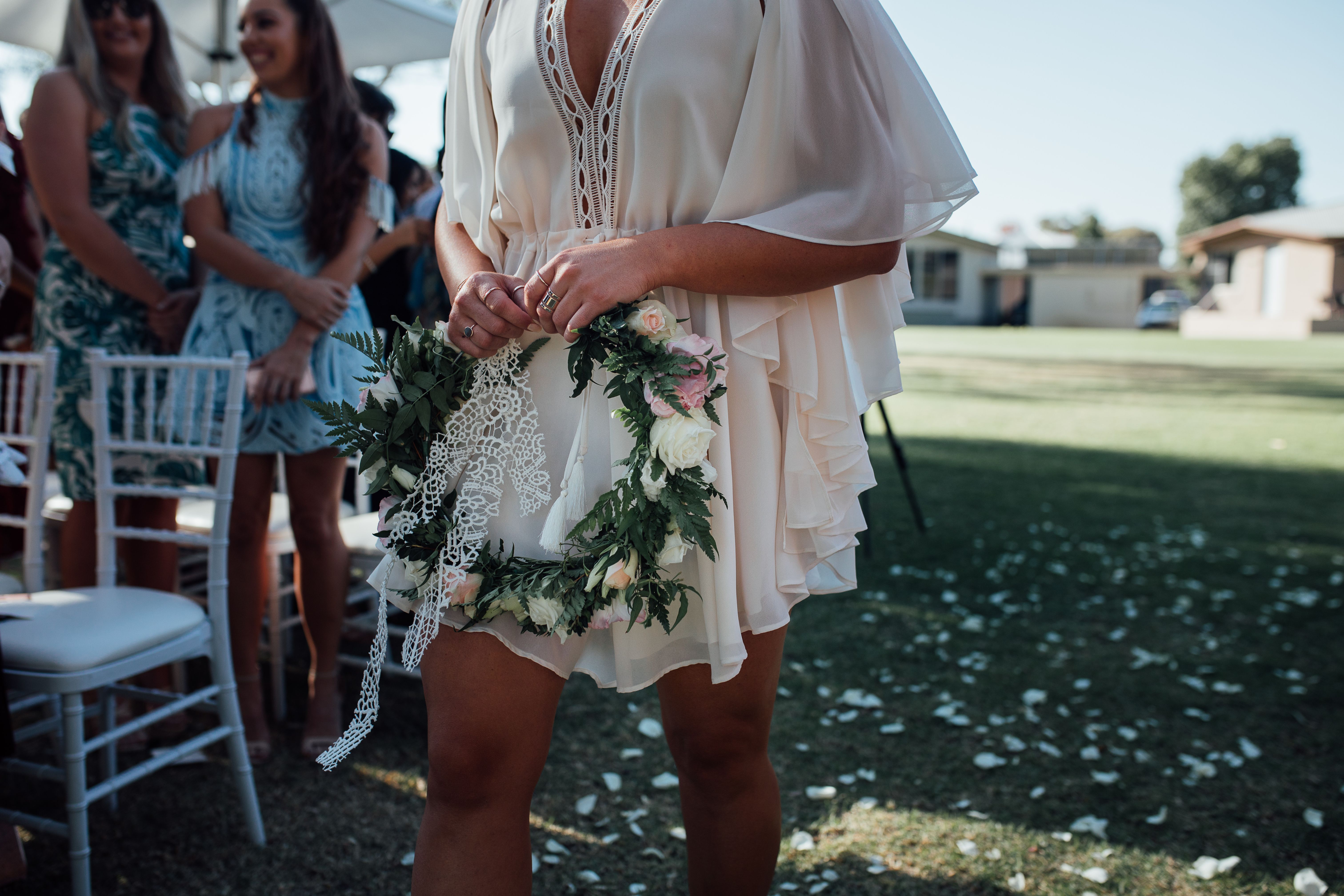 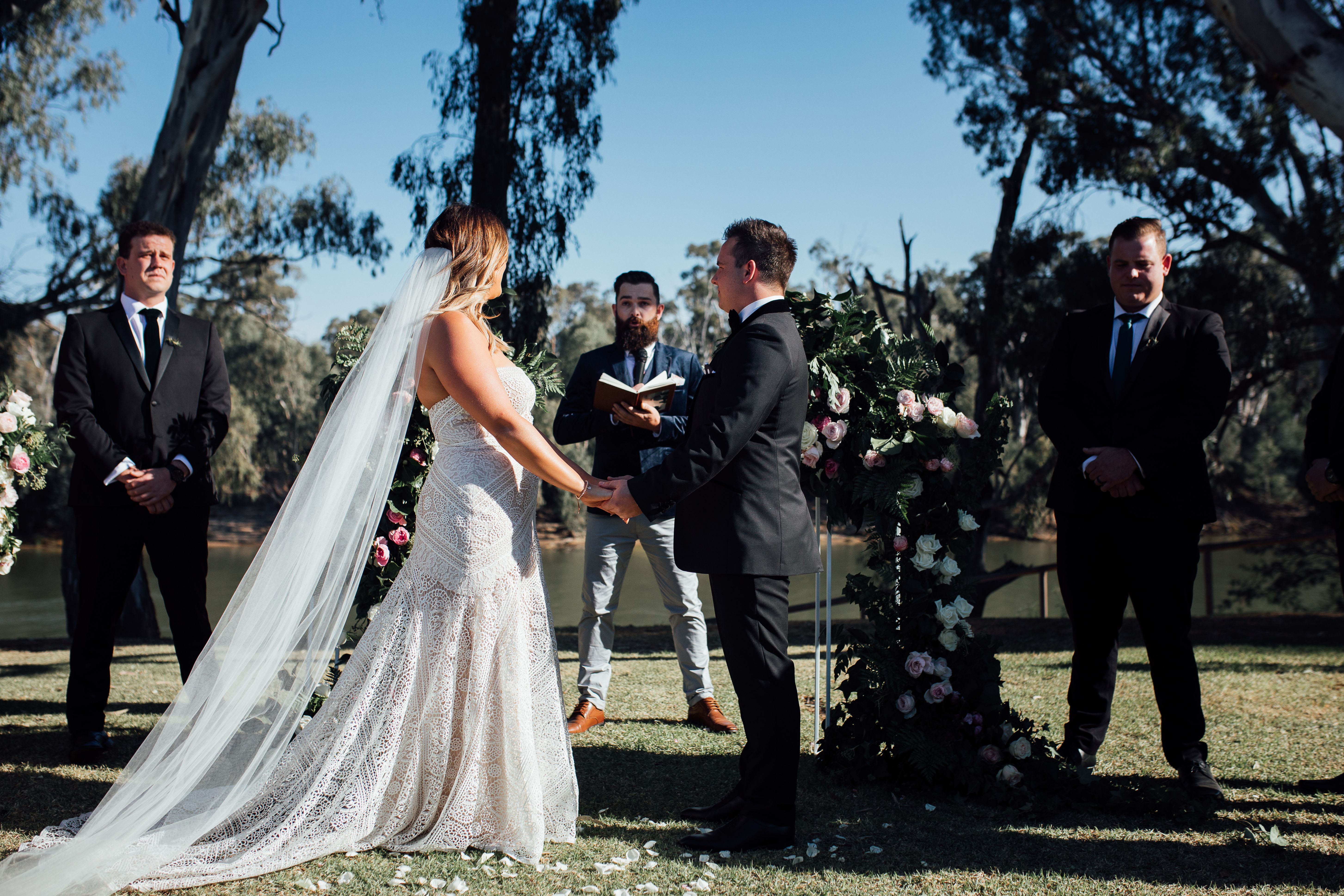 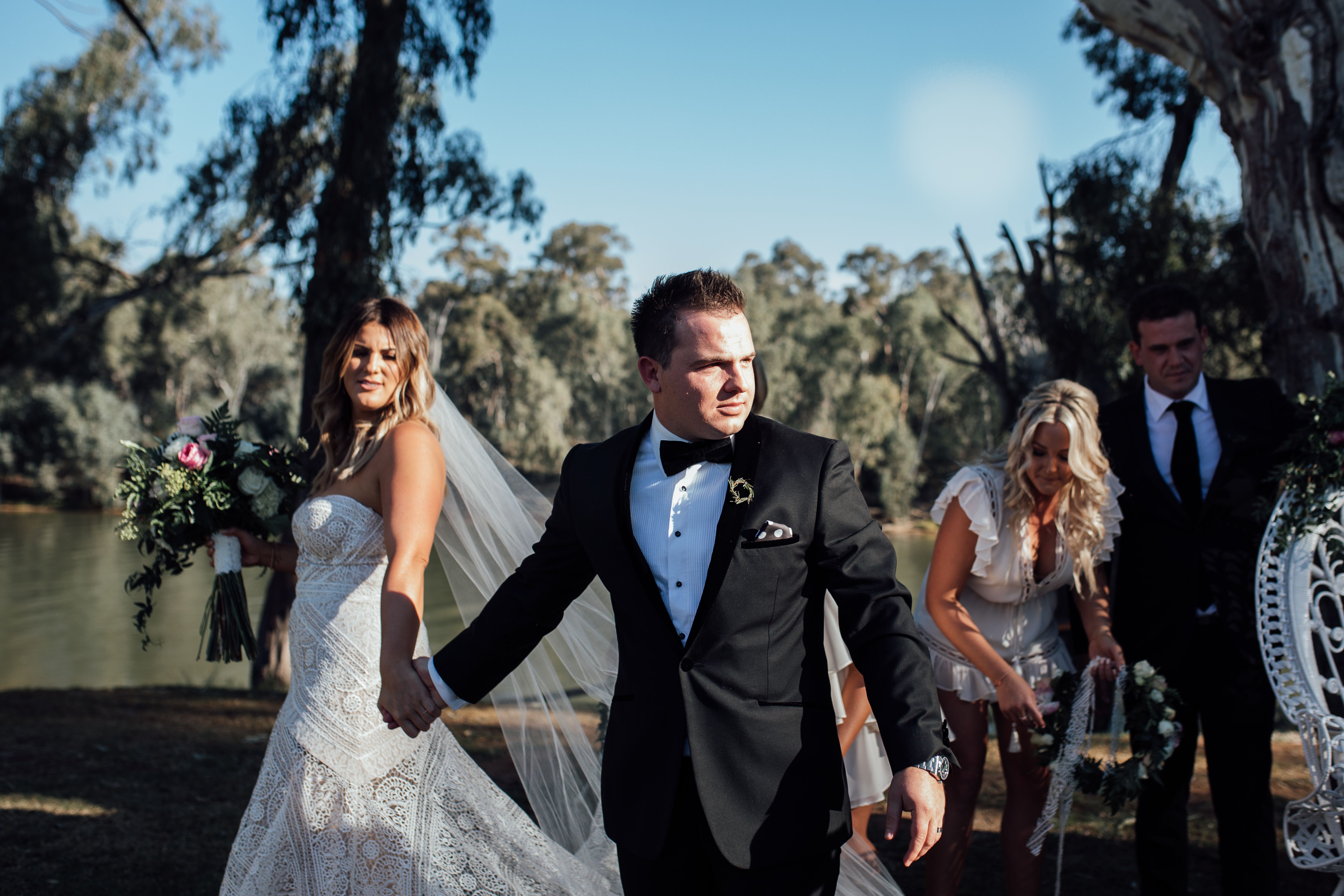 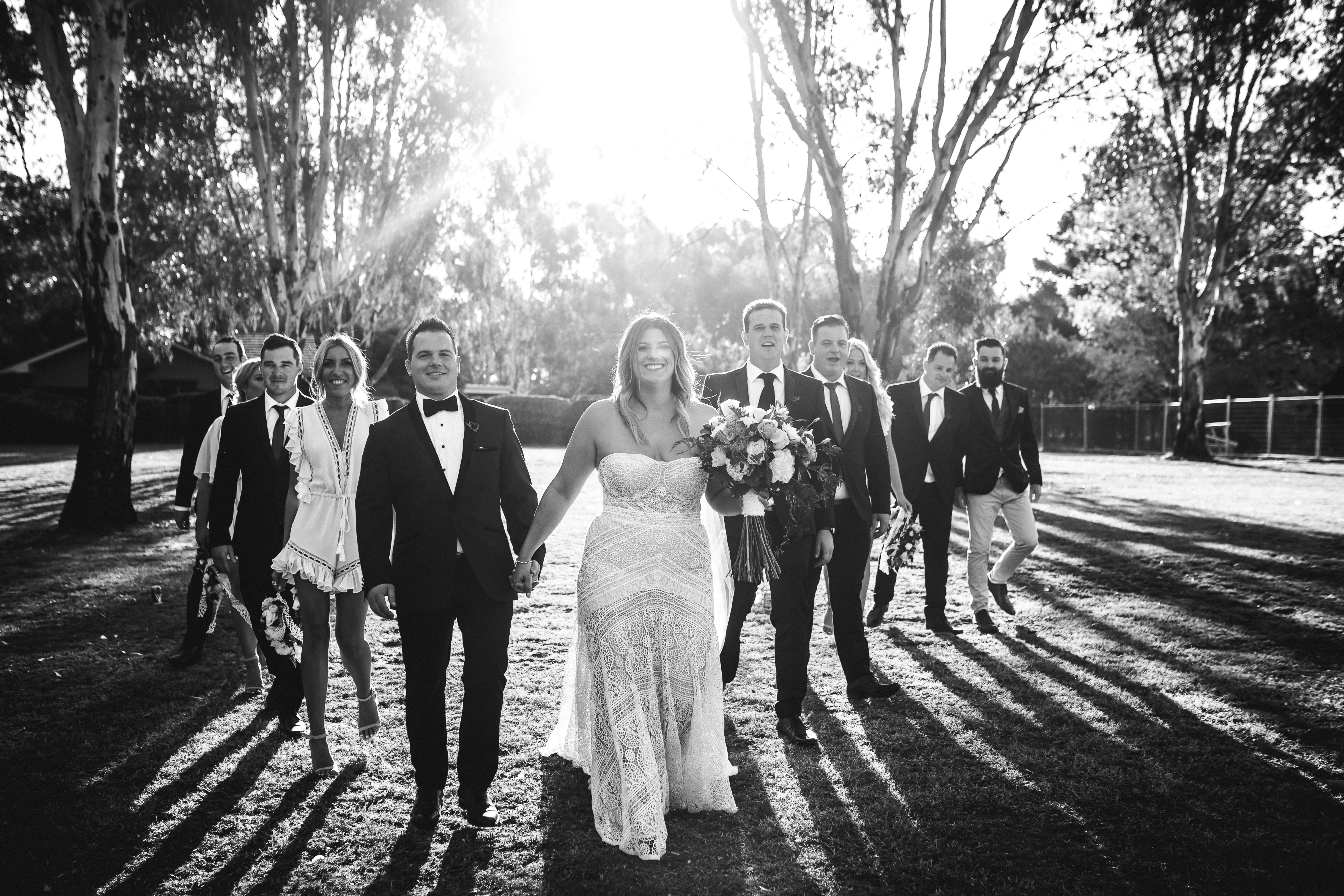 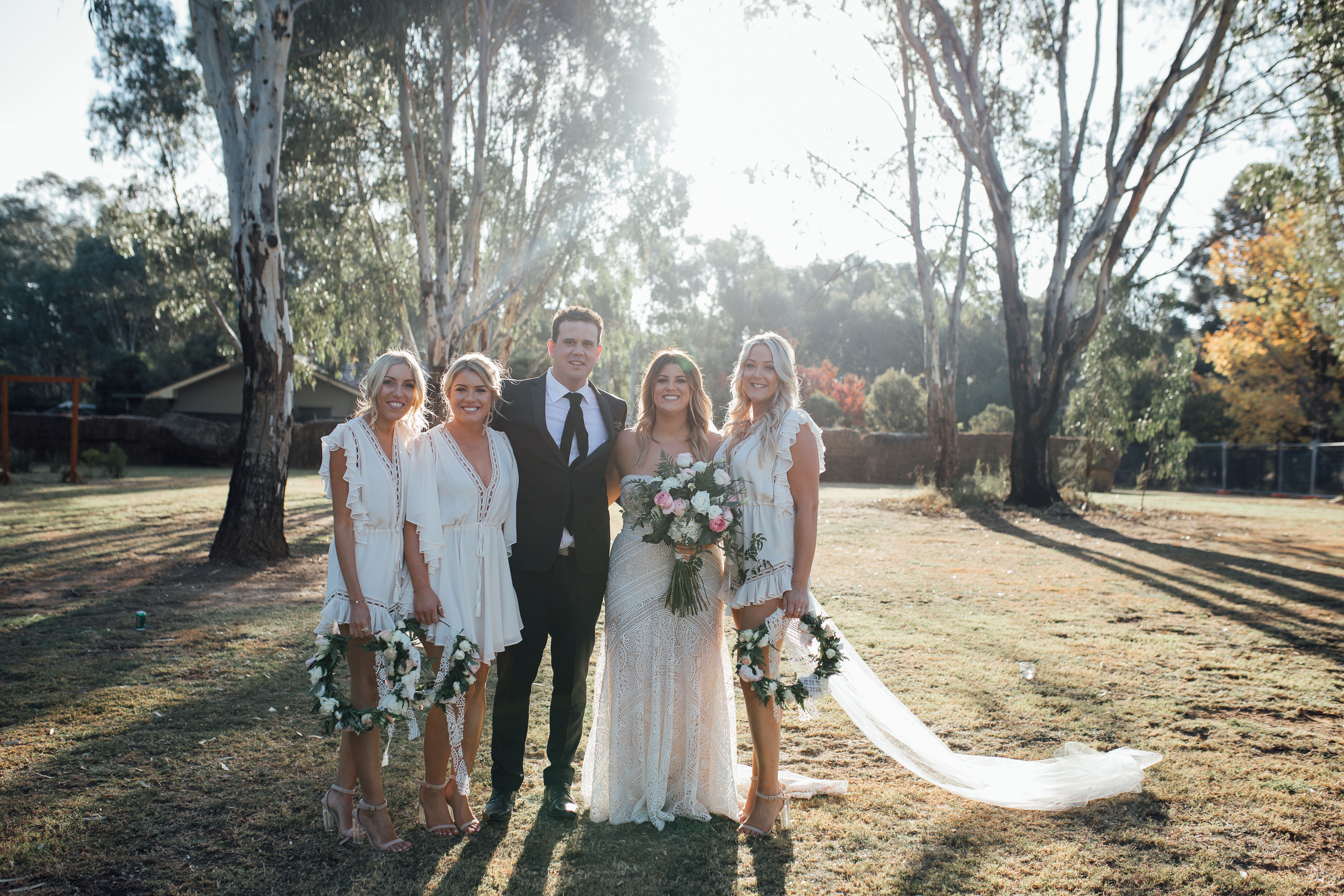 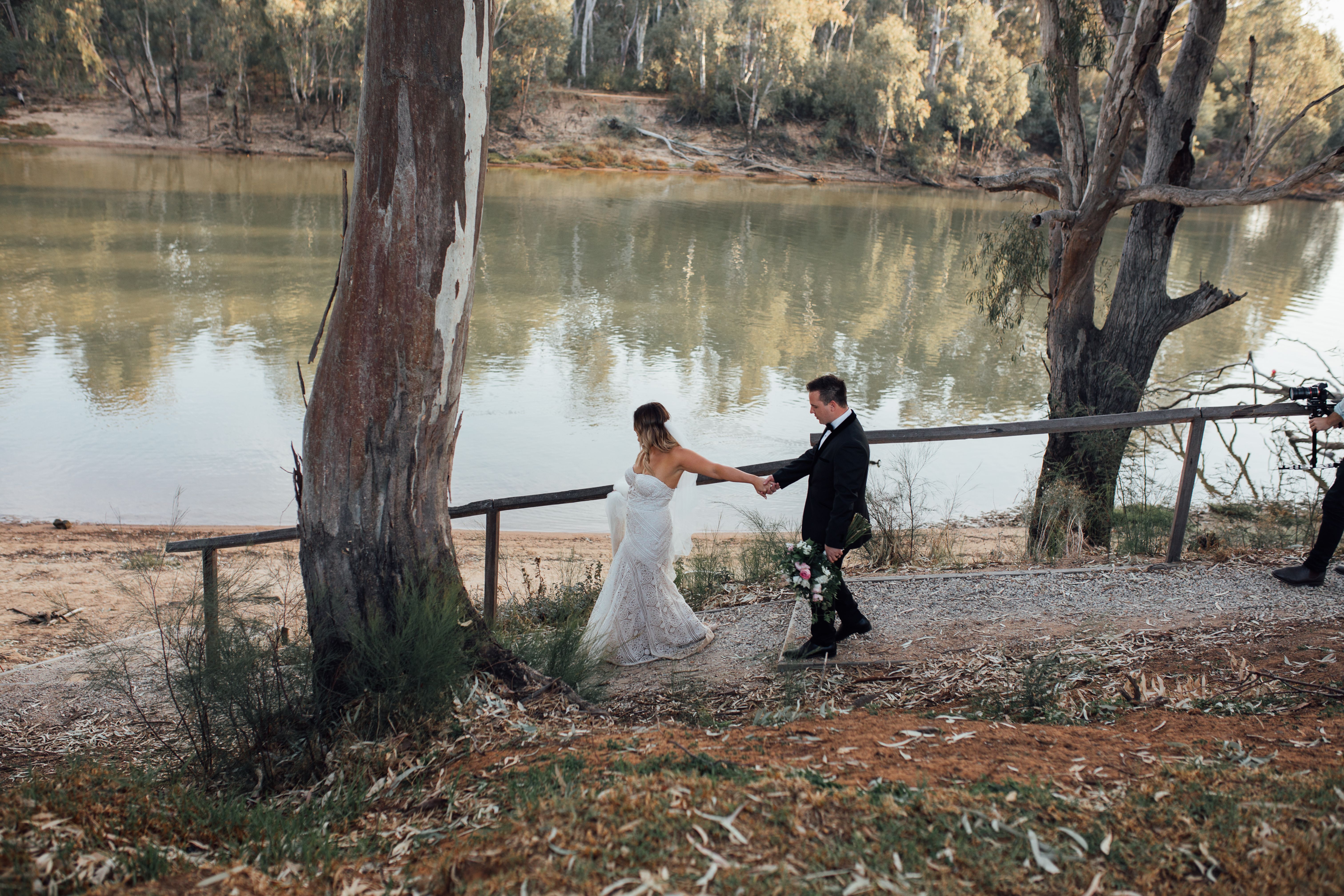 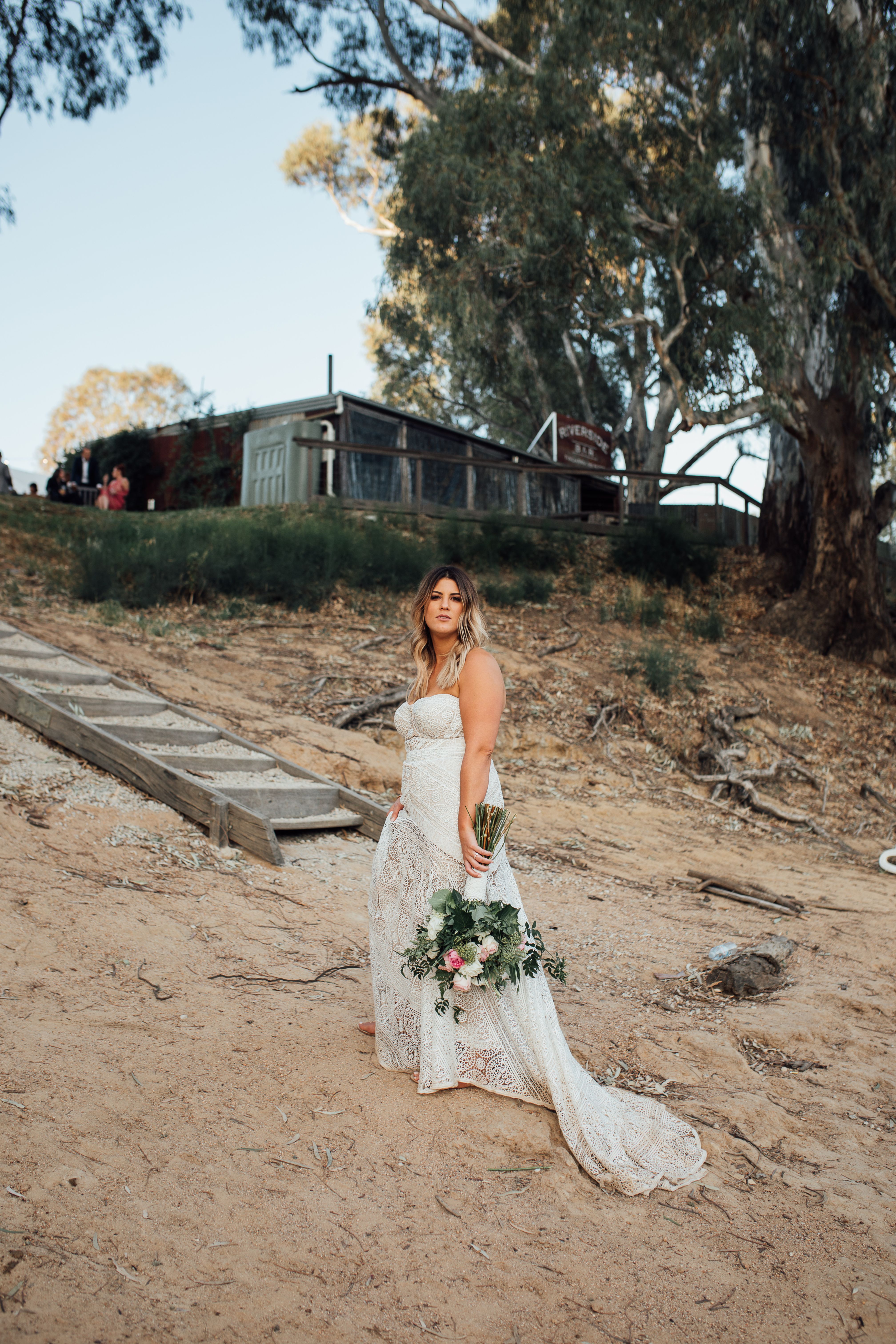 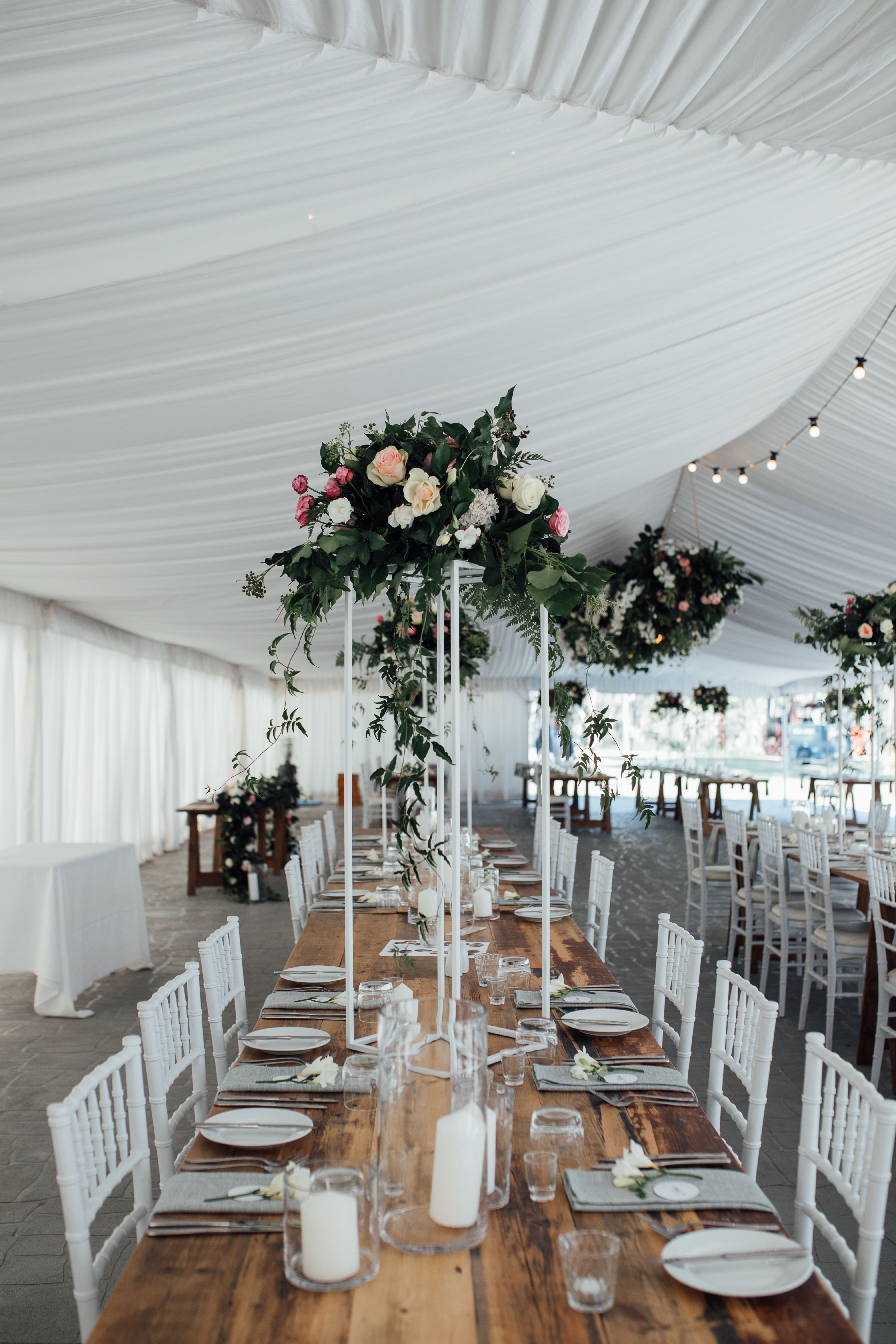 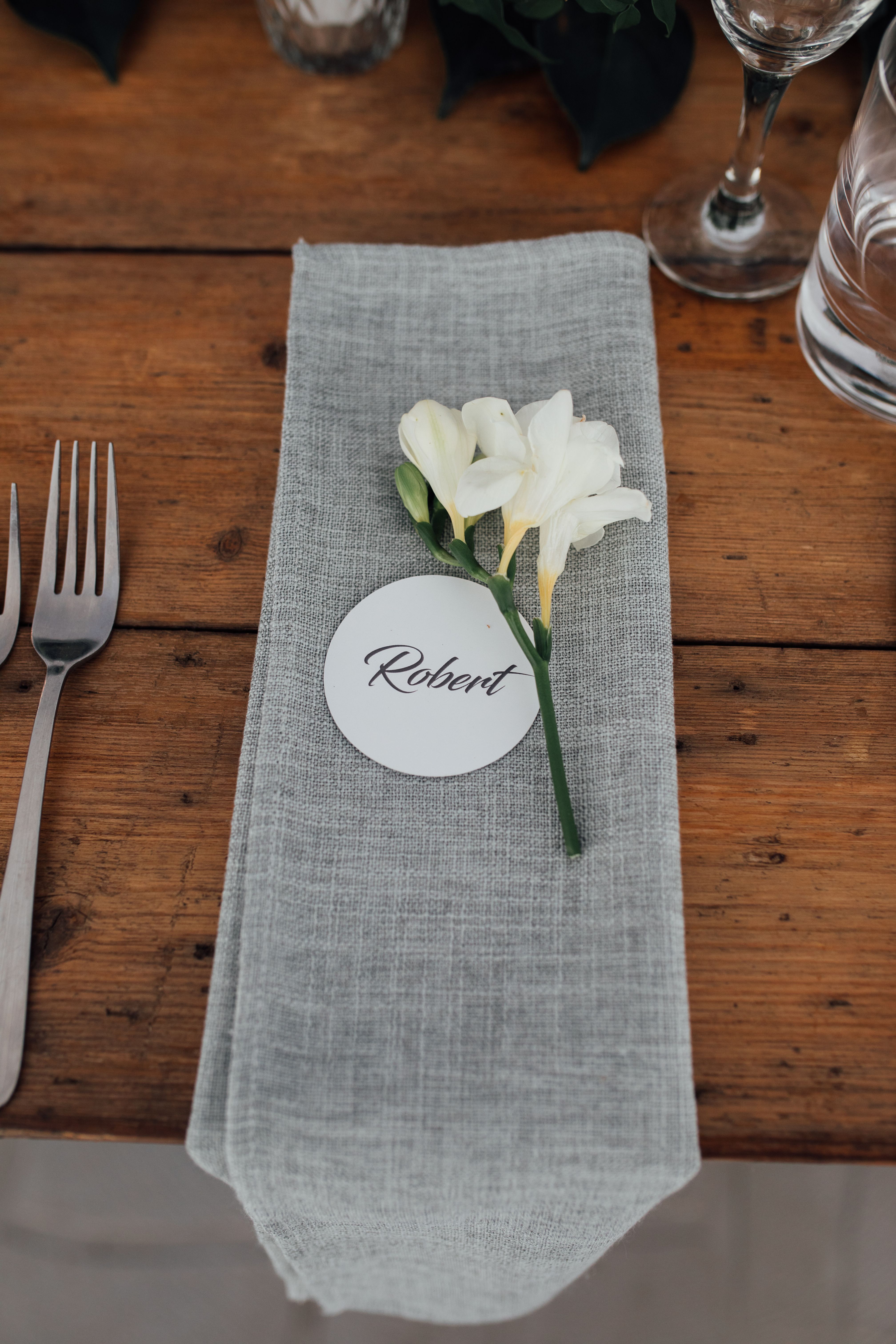 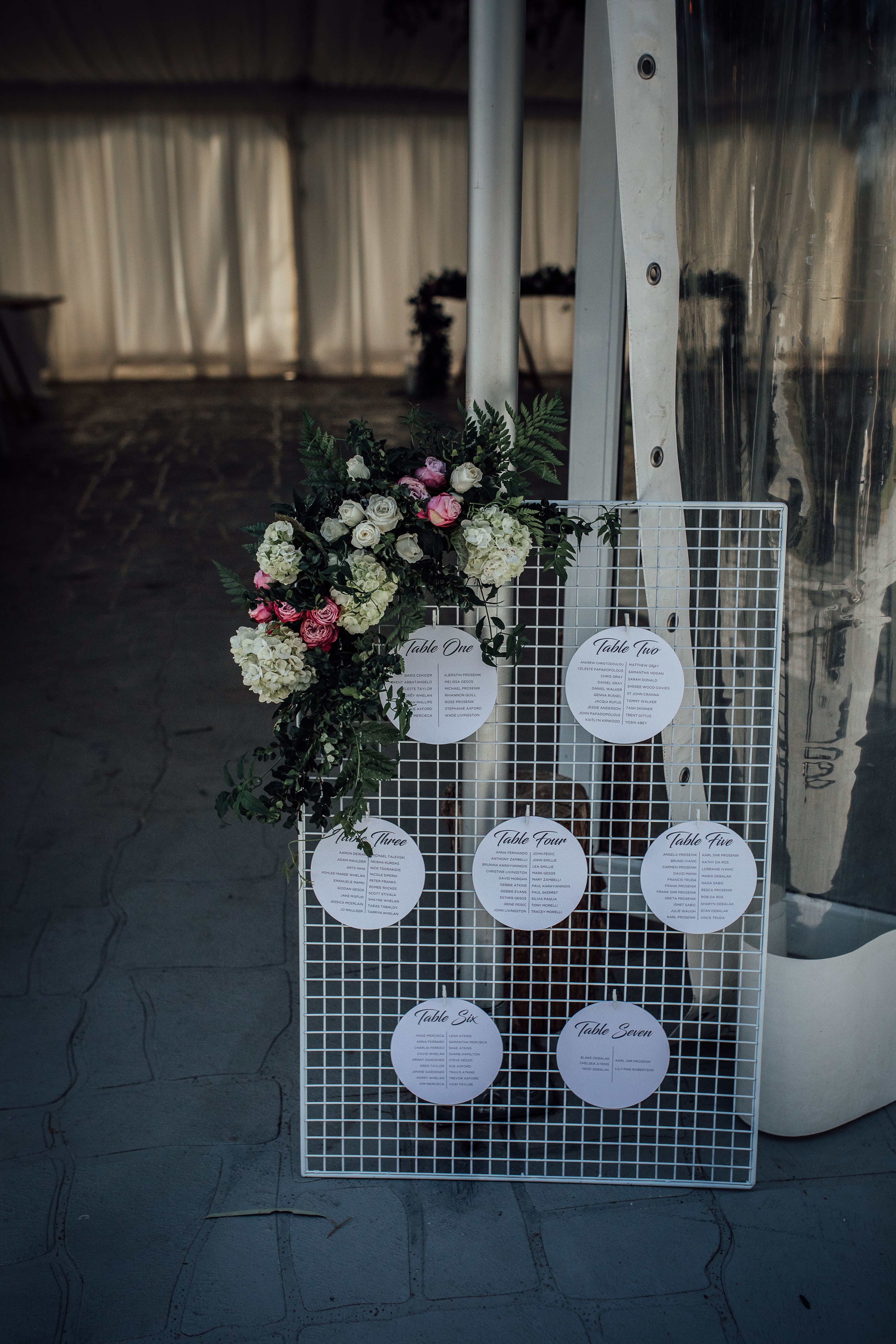 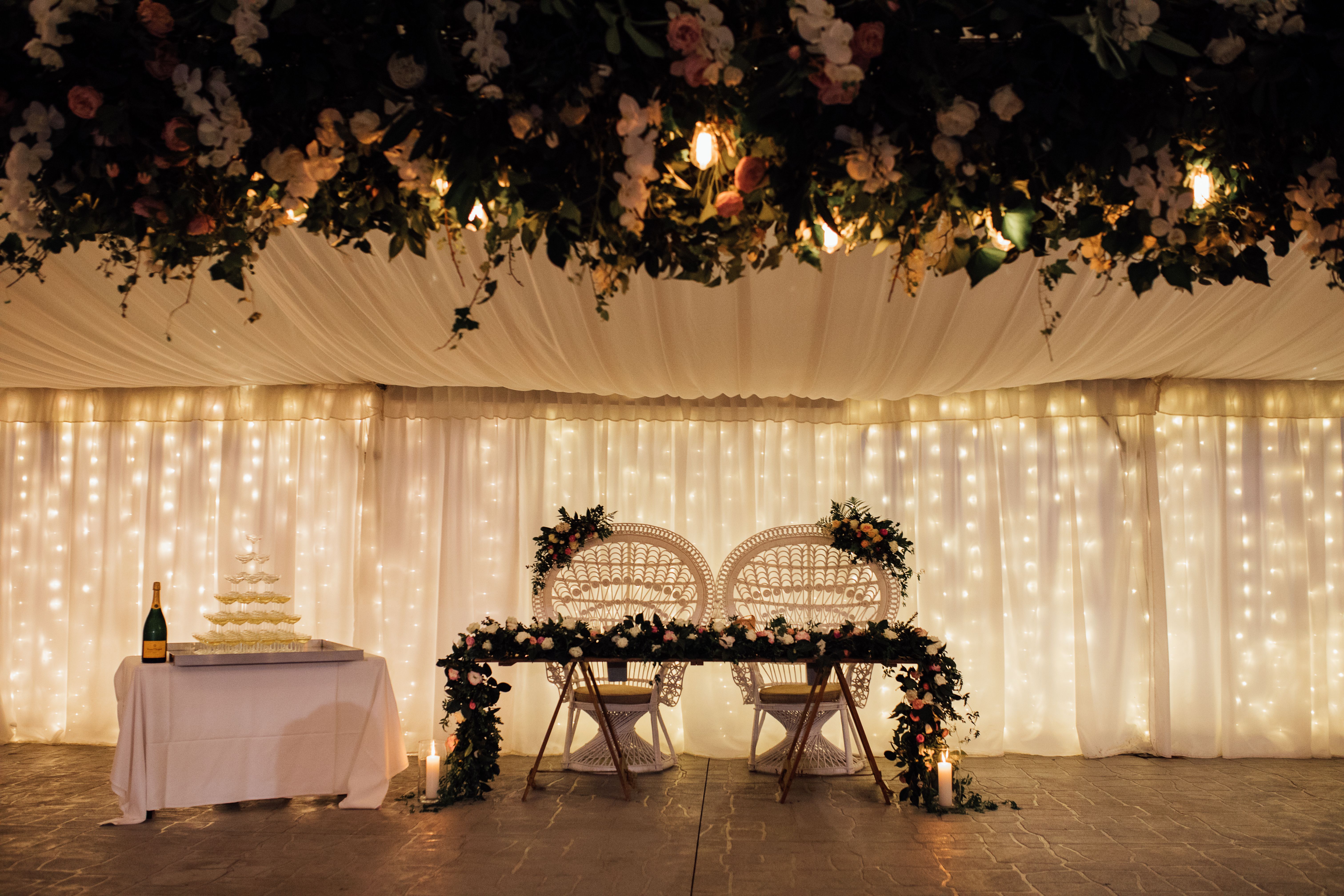 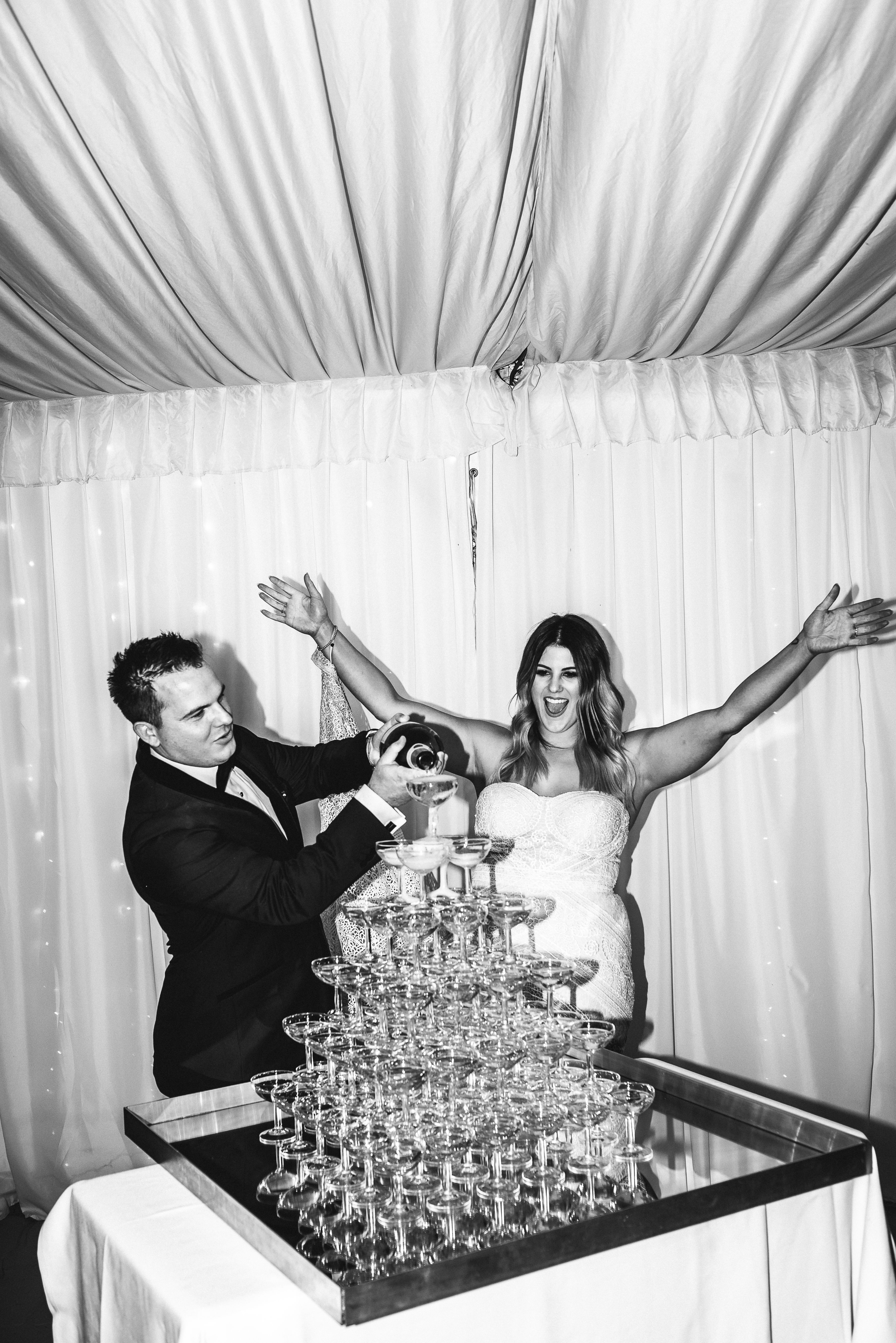 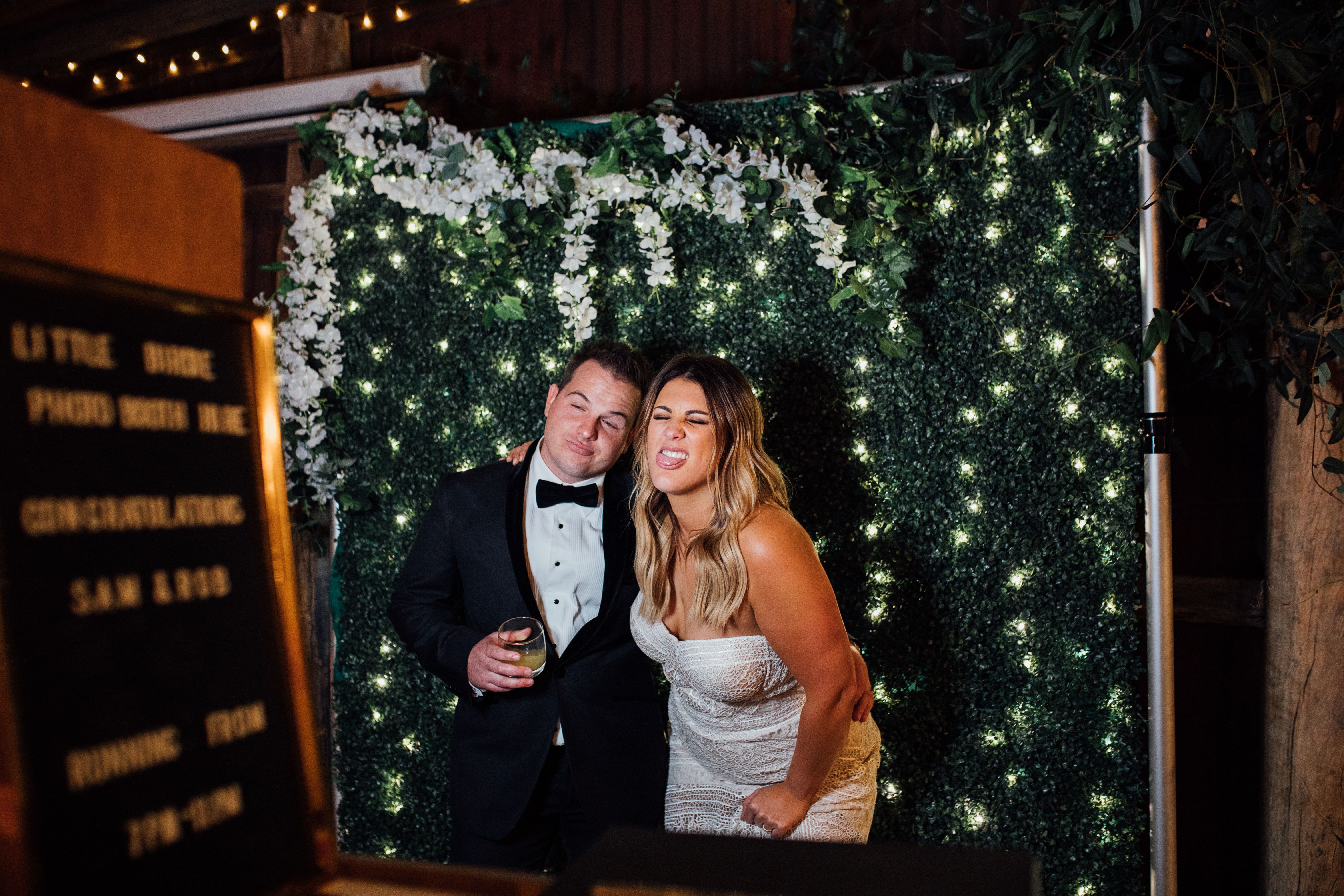 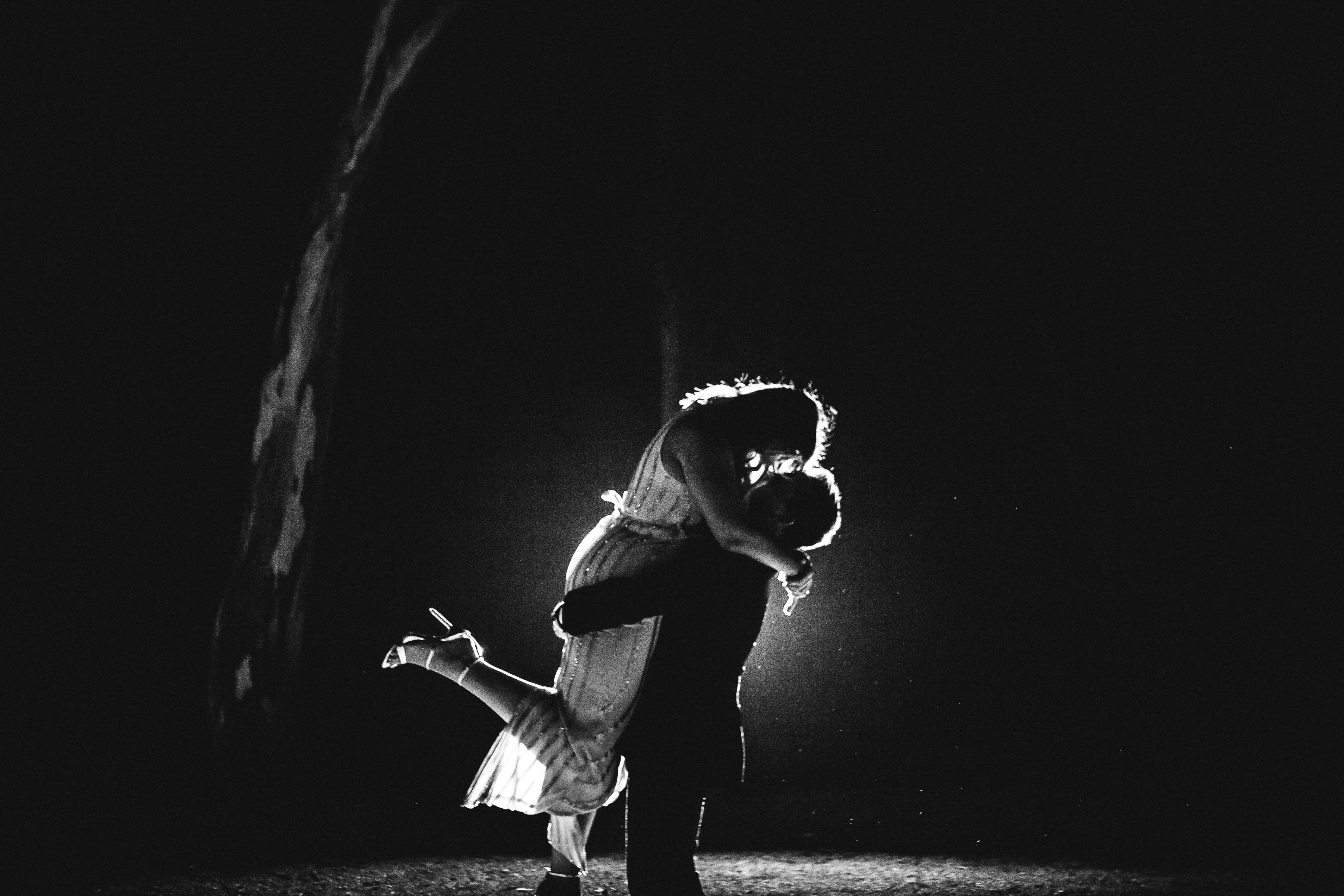 See more photos from Sam and Rob's wedding day over on our Instagram.