The perfect start to the rest of their lives

It was a Christmas morning to remember when Nicole Limbrick and Luke McGill decided to begin a new chapter together. The savvy couple then orchestrated a well-organised wedding day, which was the perfect start to the rest of their lives. 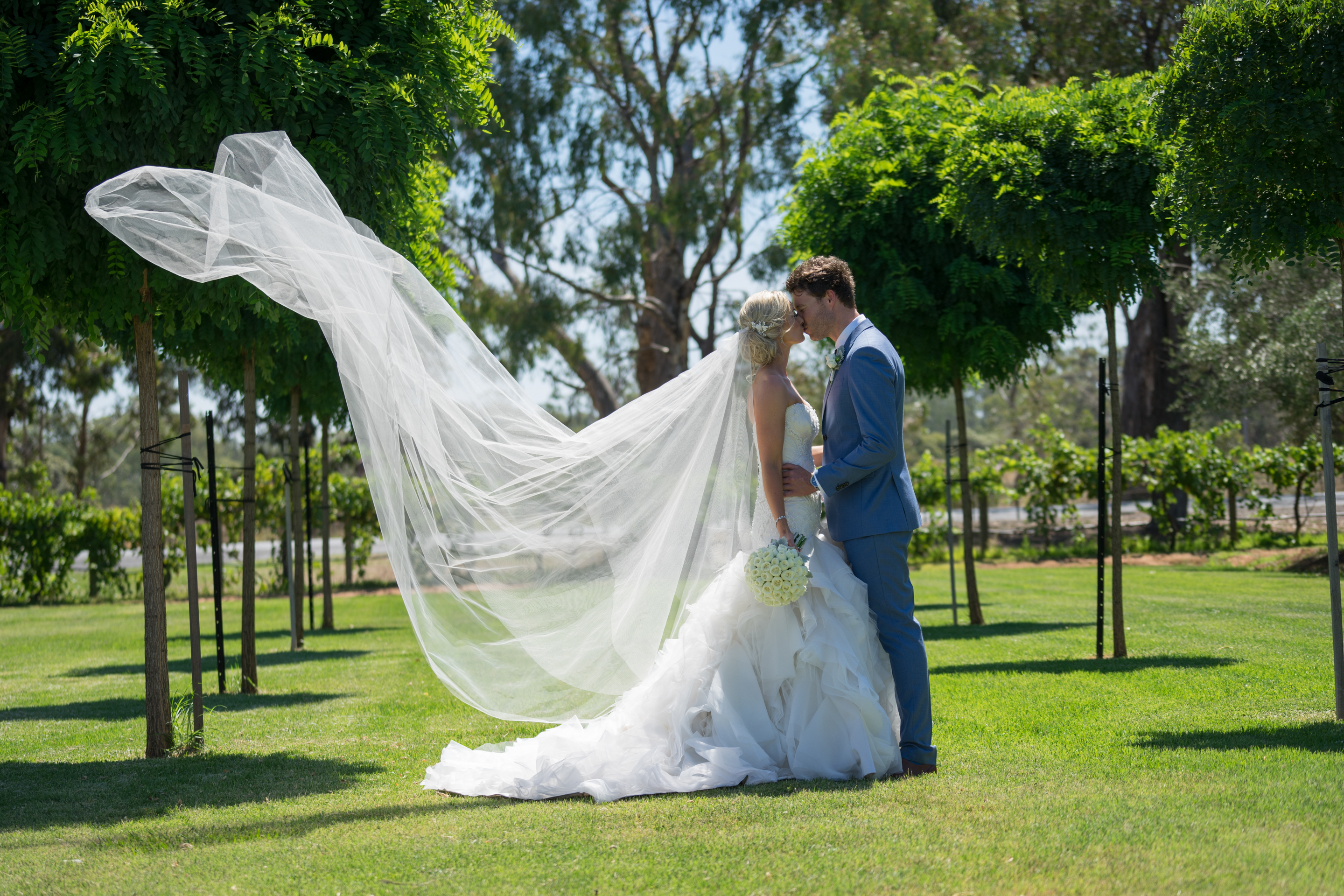 FIRST-LOOK: A highlight of the day, witnessed by family and friends and captured by the photographer, was the moment when Nicole and Luke saw each other for the first time that day. “(There was a) buildup of anticipation for Luke who was facing away toward the Olivehouse while I climbed out of the Hummer and nervously walked towards him,” Nicole said. 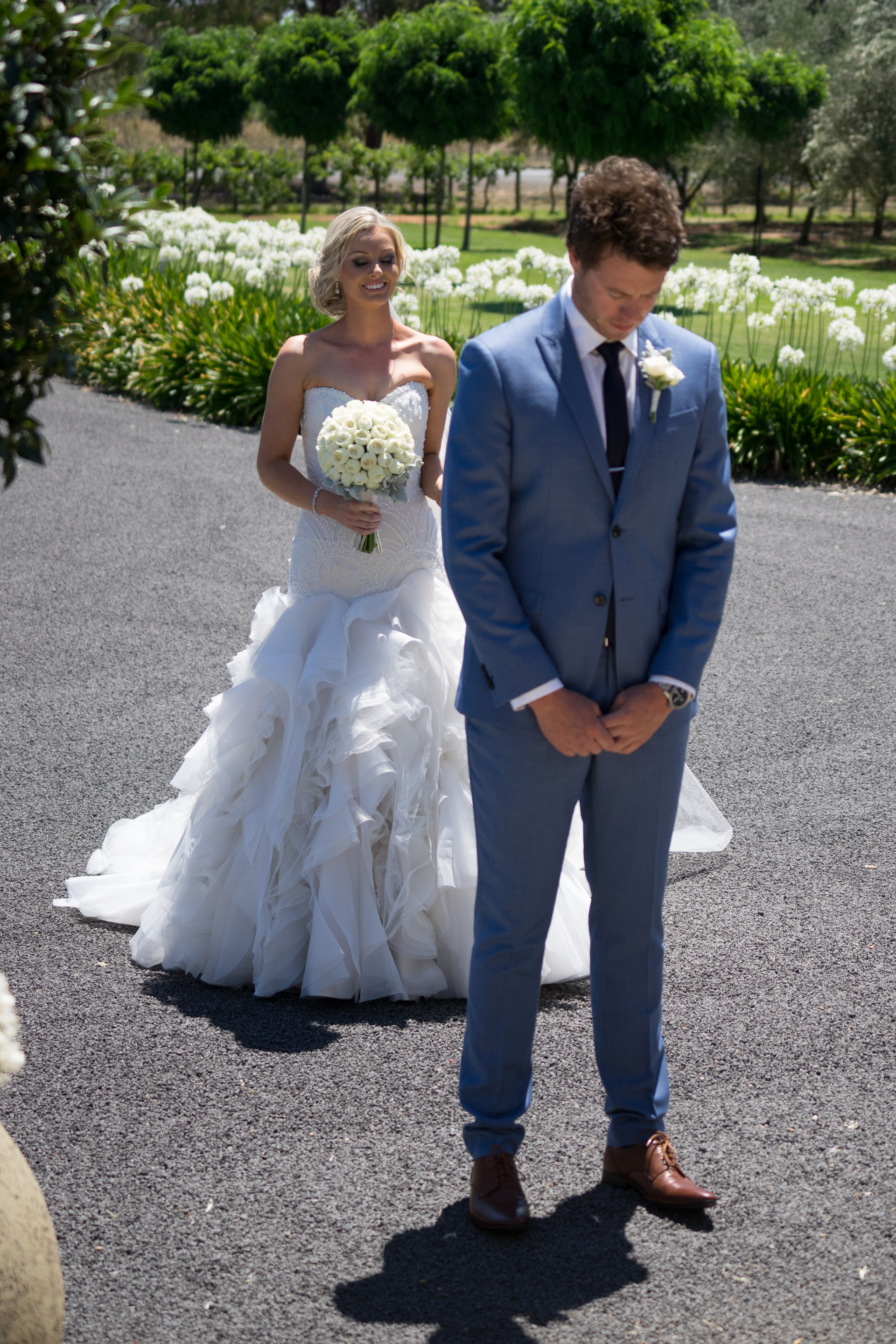 PERFECT PROPOSAL: After opening their presents on Christmas morning in 2014, Luke asked Nicole to wait a moment while he prepared her final gift. After being led down the hall with her eyes closed, Nicole opened them to a beautiful and surprising sight. “Luke was down on one knee with the ring and there were rose petals and candles all over the room. He had also written ‘Marry Me’ in rose petals on the floor,” Nicole said.

CUSTOMER SERVICE: Nicole met Luke when she was working in a sports store in Kyabram during her gap year. Luke had come in to buy some boots for football. “His need for footy boots seemed to increase until he was coming into the store most days. He had bought several pairs by the time he asked me out,” Nicole said.

MUSICAL MAGIC: A multi-talented solo artist from Echuca, Tyler Hudson, provided acoustic and dance tunes on Nicole and Luke’s special day. The pair has been a fan of Mr Hudson since his appearance on the X-Factor television program in 2013. “We wanted acoustic music for the ceremony and while out on the deck, and we also liked the idea of a DJ portion of the night,” Nicole said. 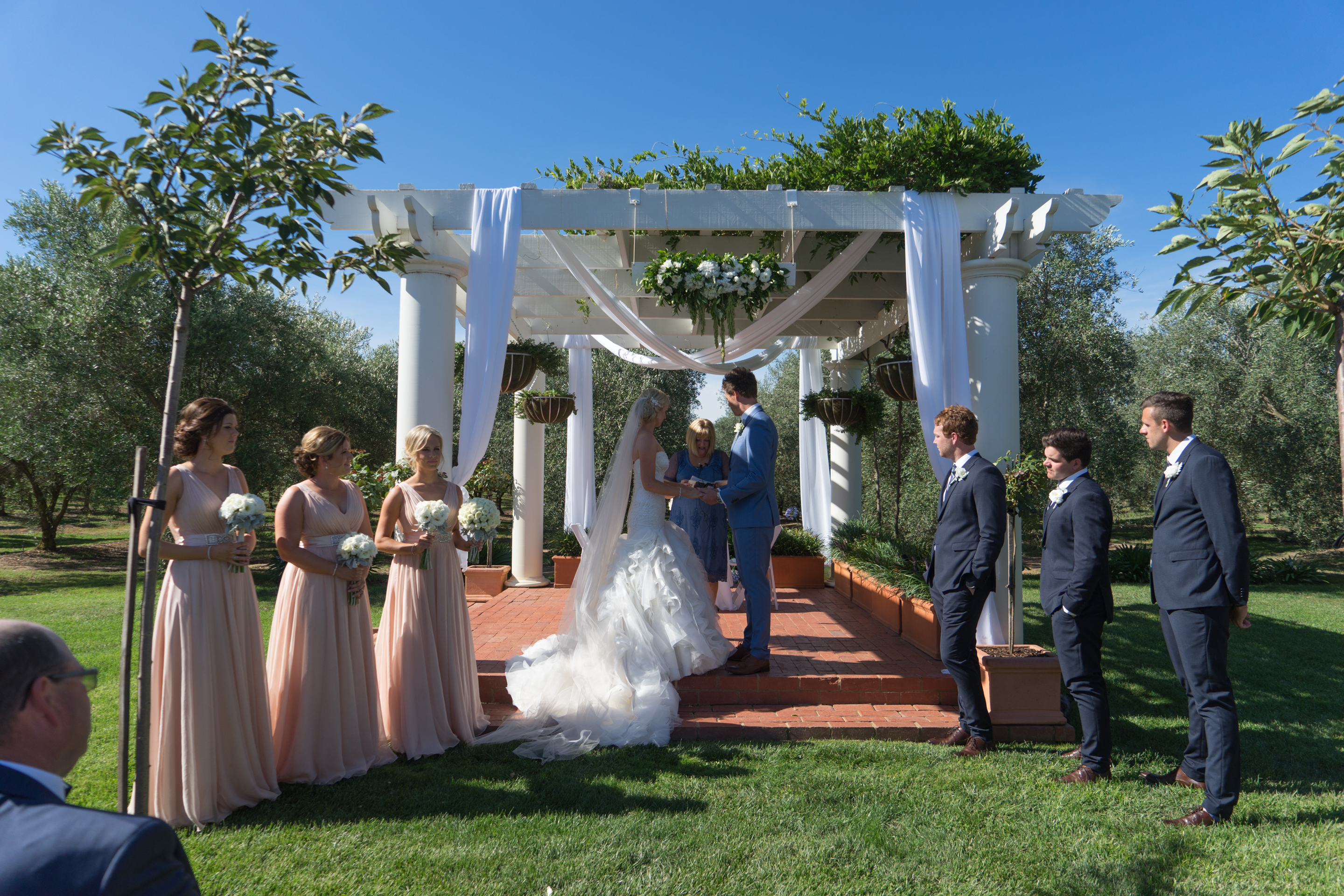 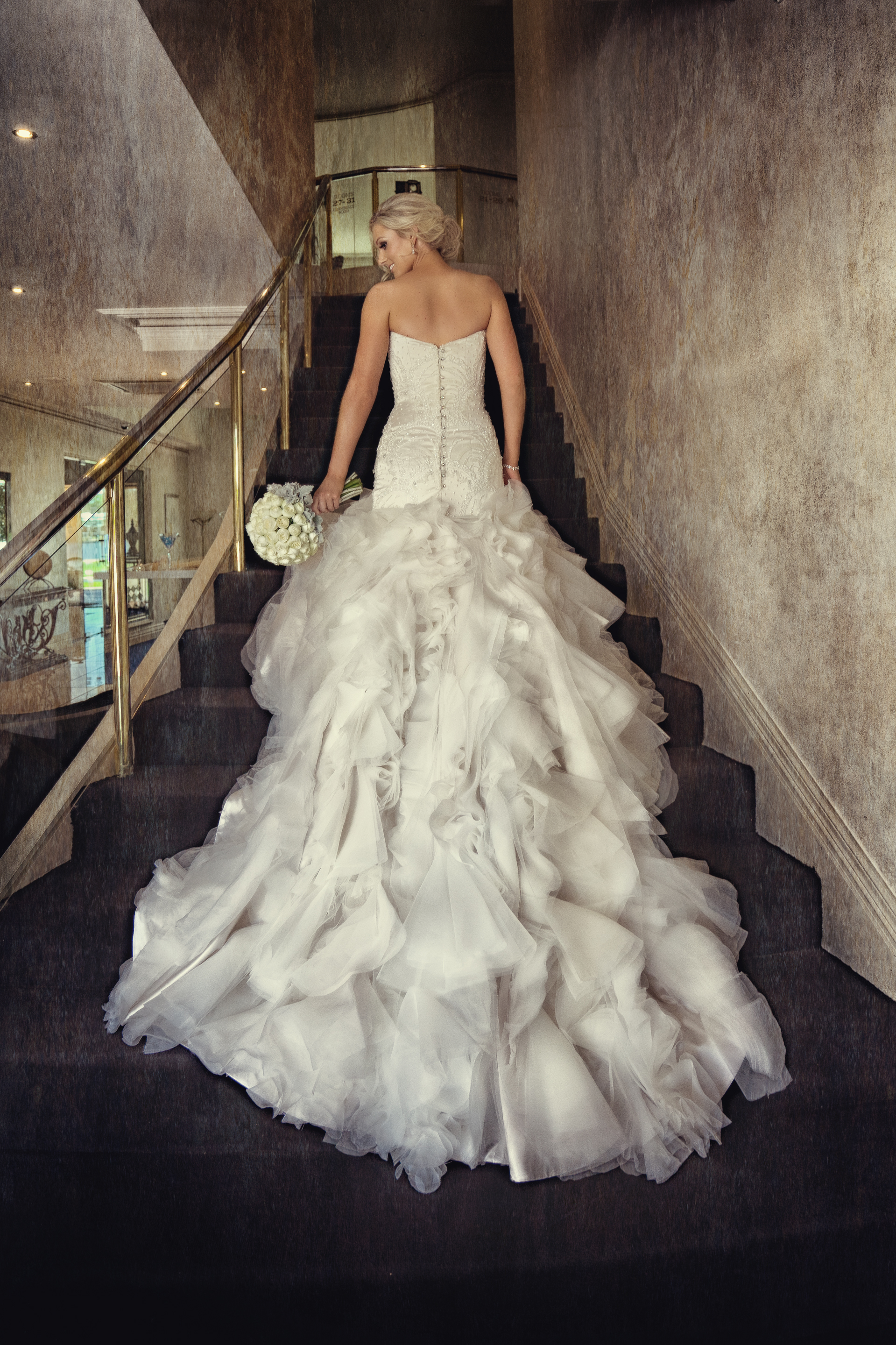 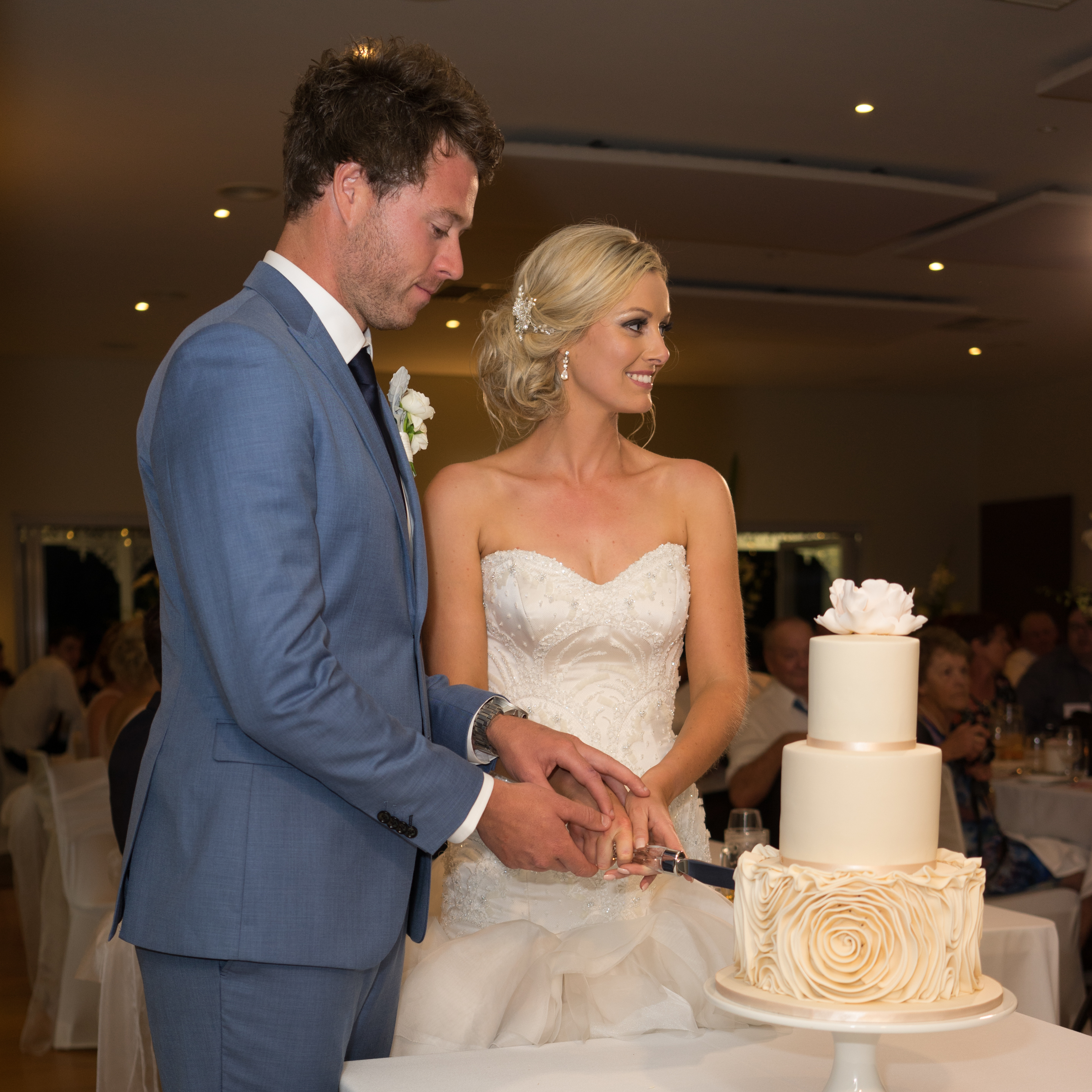