Fulfilling a lifelong dream, Gracie Rosella walked to her wedding where she would marry Michael Crisera at Sacred Heart Parish in Tatura, holding a bouquet with a picture of her and her late father attached. Little did Gracie know that her wedding would be one of the last family celebrations she would spend with her nonna before her death two weeks later. 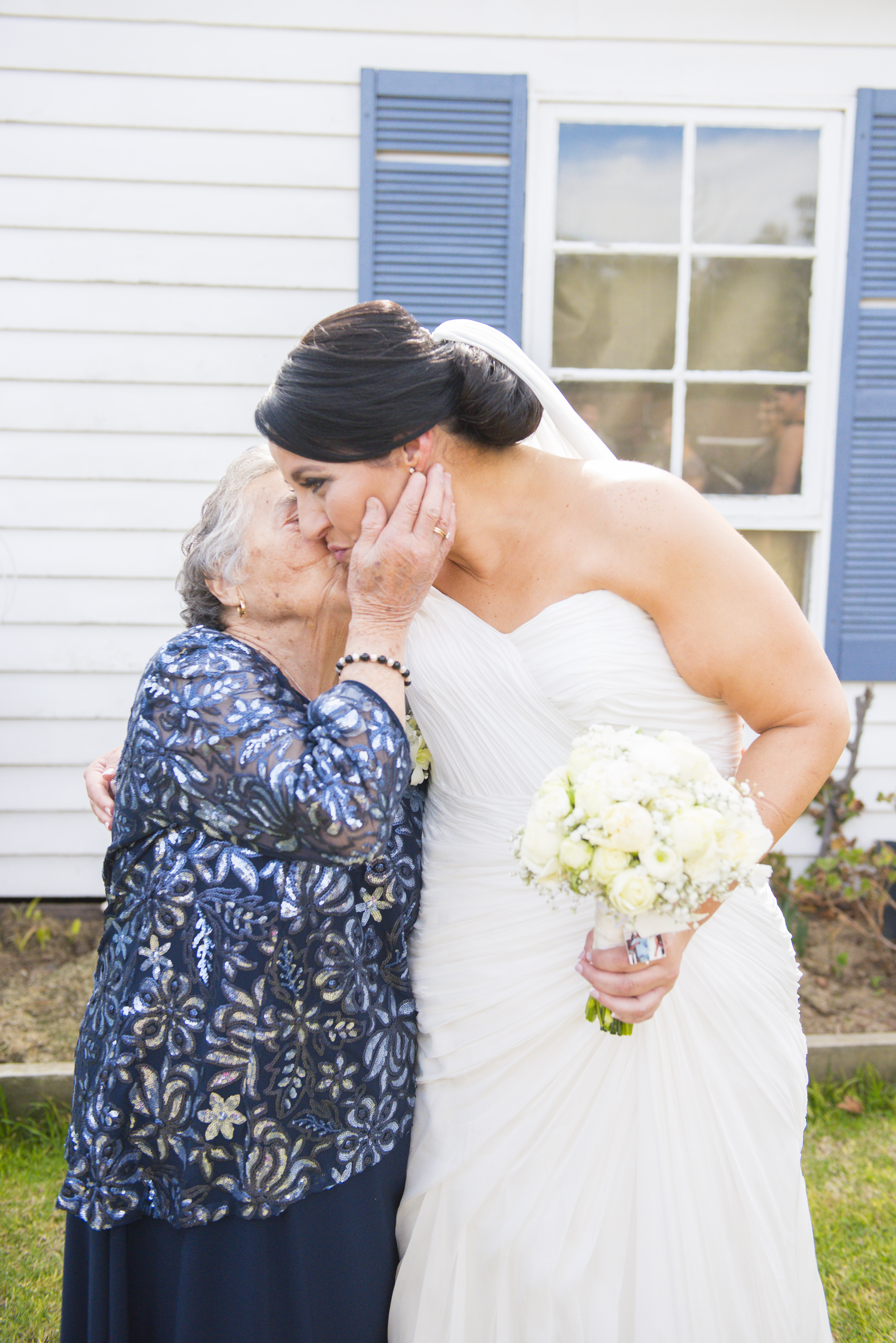 BLACK AND WHITE: Gracie’s favourite colour is black and so it was only natural that she would end up choosing a “black and white with a bit of bling” theme to style her wedding, with assistance from Pelle’s Events. Black tablecloths, chair covers and bridesmaids’ dresses were broken up with white flowers and a bit of bling spread throughout the venue. “(The bling) gave it just a little touch of class, every bride wants a bit of sparkle on their wedding day,” Gracie said. “The chair covers had a white sash with a bit of bling on the back, the centrepieces were candelabras that had a bit of bling on them and my cake had bling on every tier.” 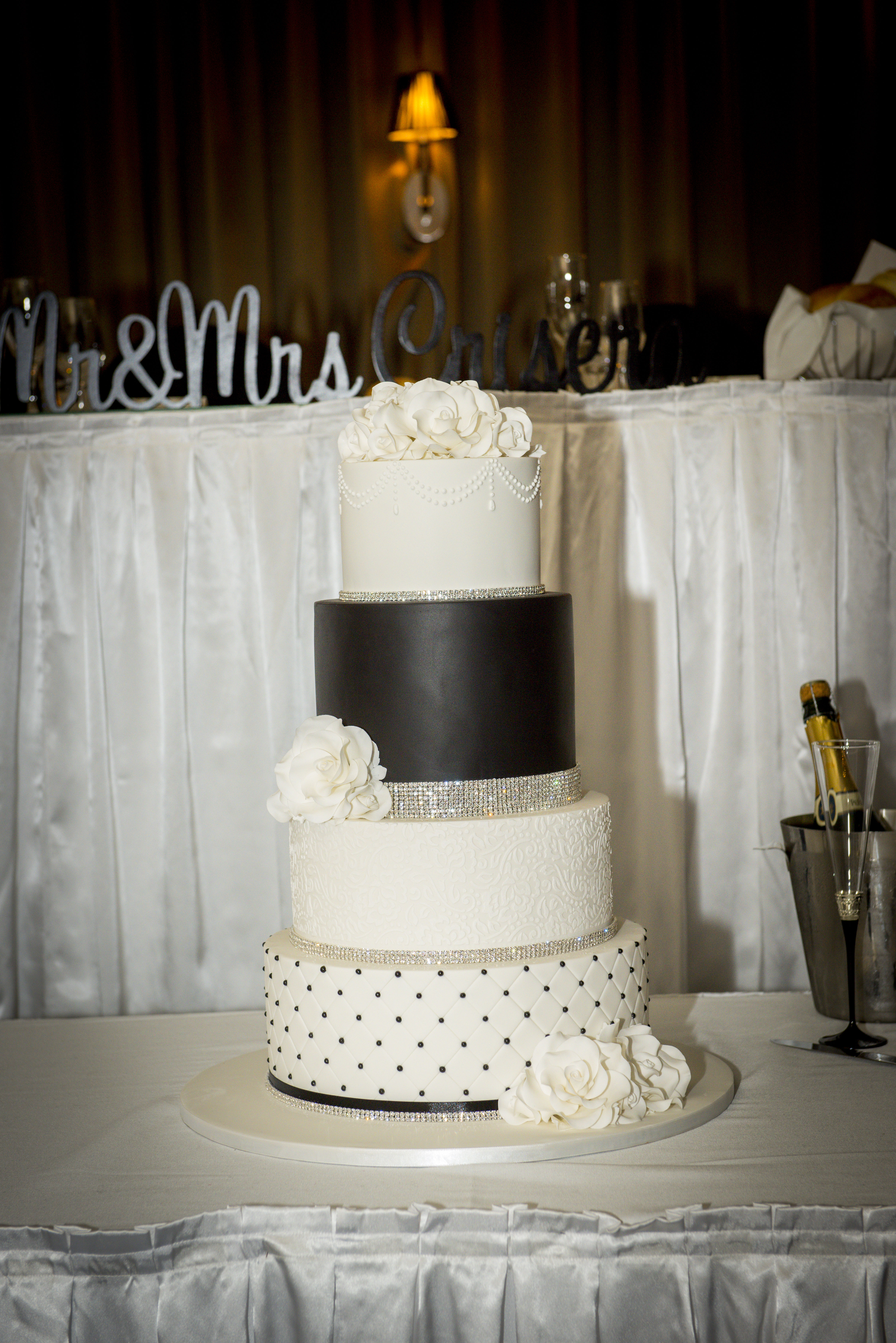 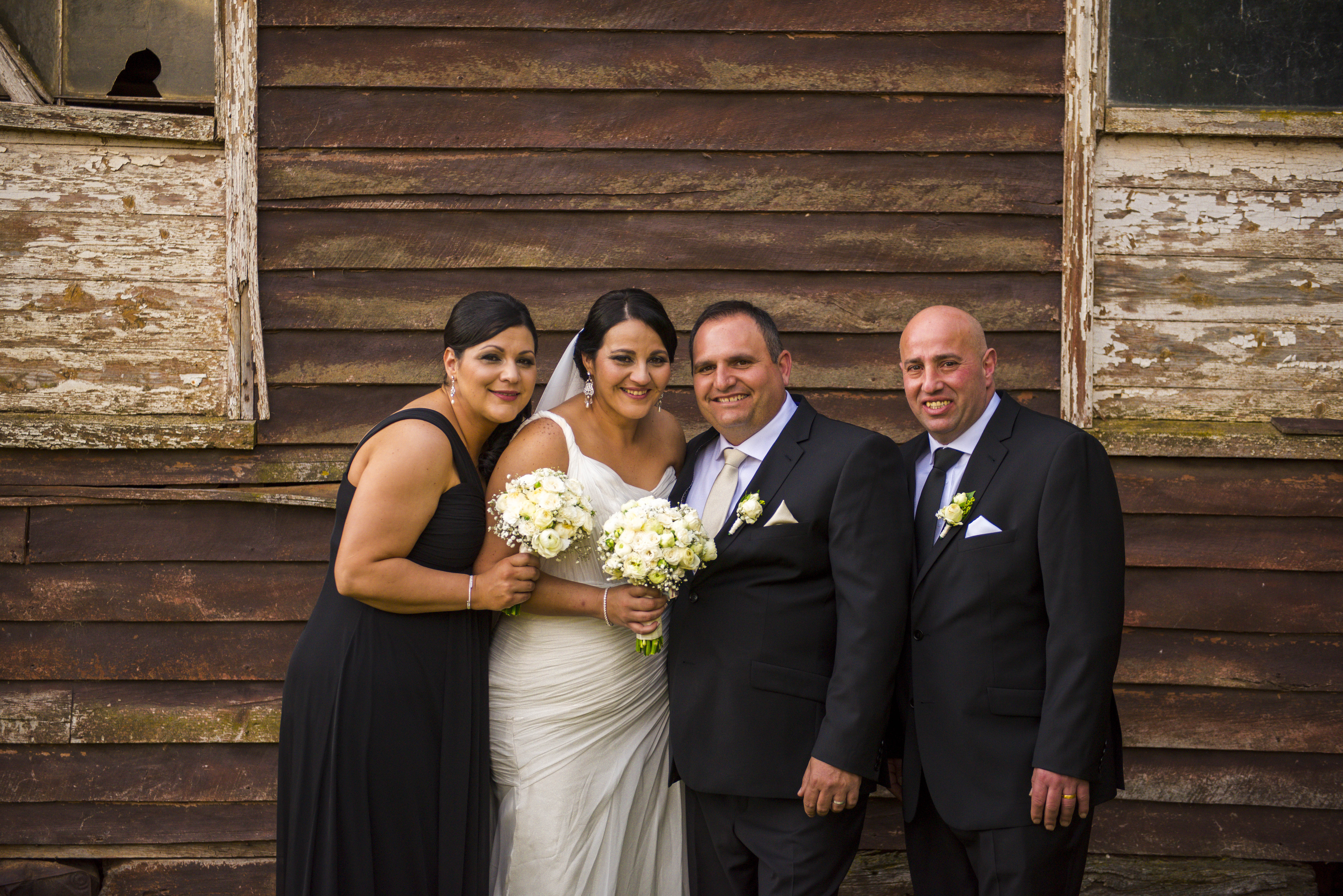 A FATHER’S HONOUR: Gracie and Michael used her late father’s GTS Monaro as their wedding car, the same car her parents had for their wedding 39 years earlier. “I’ve always wanted to use Dad’s car, always, even when I was a little girl,” Gracie said. “It was just beautiful, we had it done up and he would have really loved to see it, I felt like he was with me.” Gracie also honoured her father by attaching a small photo of him, with her as a child, to her bouquet, created by Flowers on Melville, Numurkah.

She also had a framed photo of her father at the church during the ceremony. 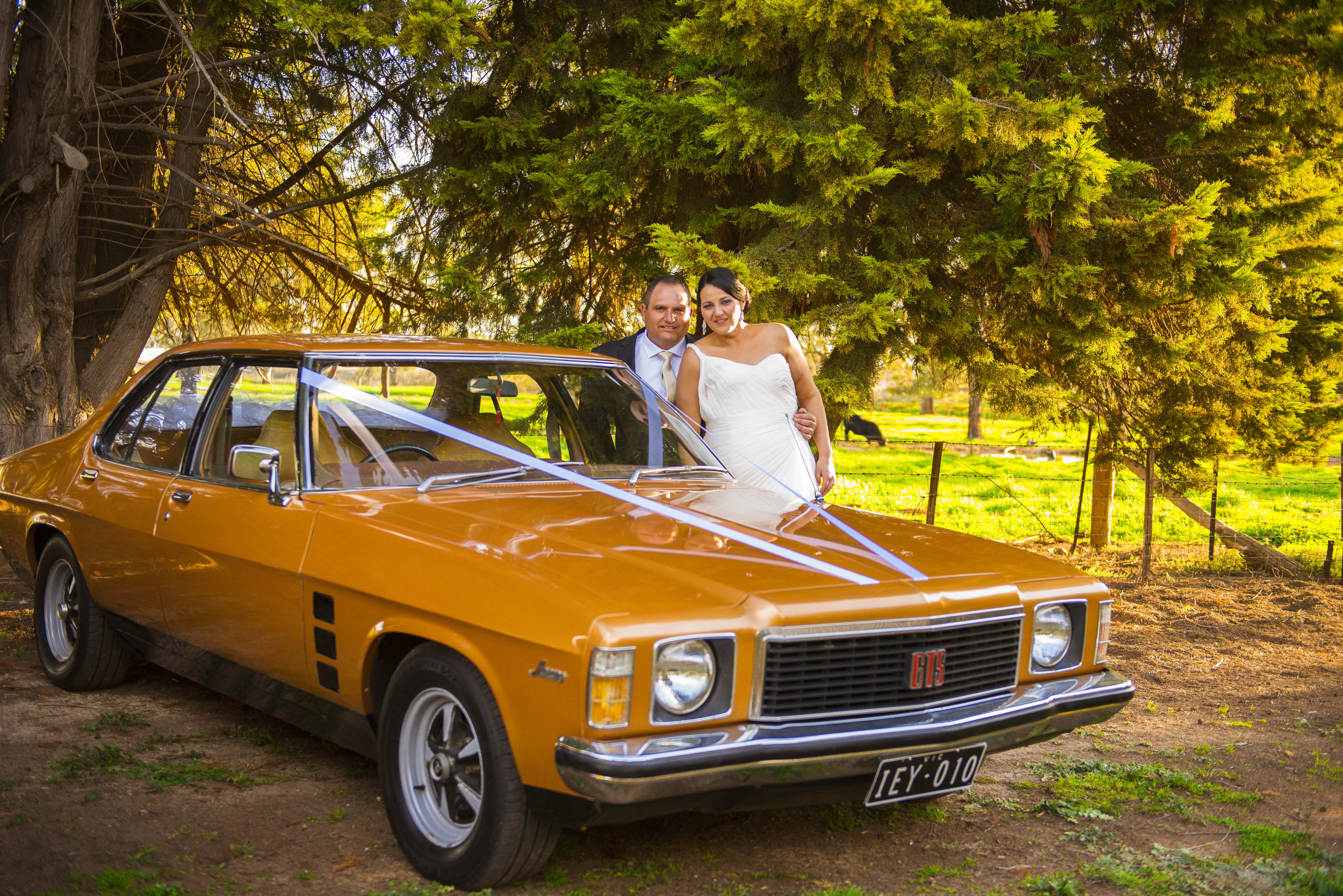 CHANCE LOCATION: Gracie stumbled across the location for her wedding photos by chance when she saw pictures online. She went and saw Asphodel owner Gayle Farrall and asked whether she could organise to have her wedding photos onsite. “She said no-one had ever done it before, people were just getting married out there,” Gracie said. An orange leather couch provided by Gayle was the perfect prop for the couple’s wedding photos. The couch also matched the colour of Gracie’s dad’s car in other photos of the day. 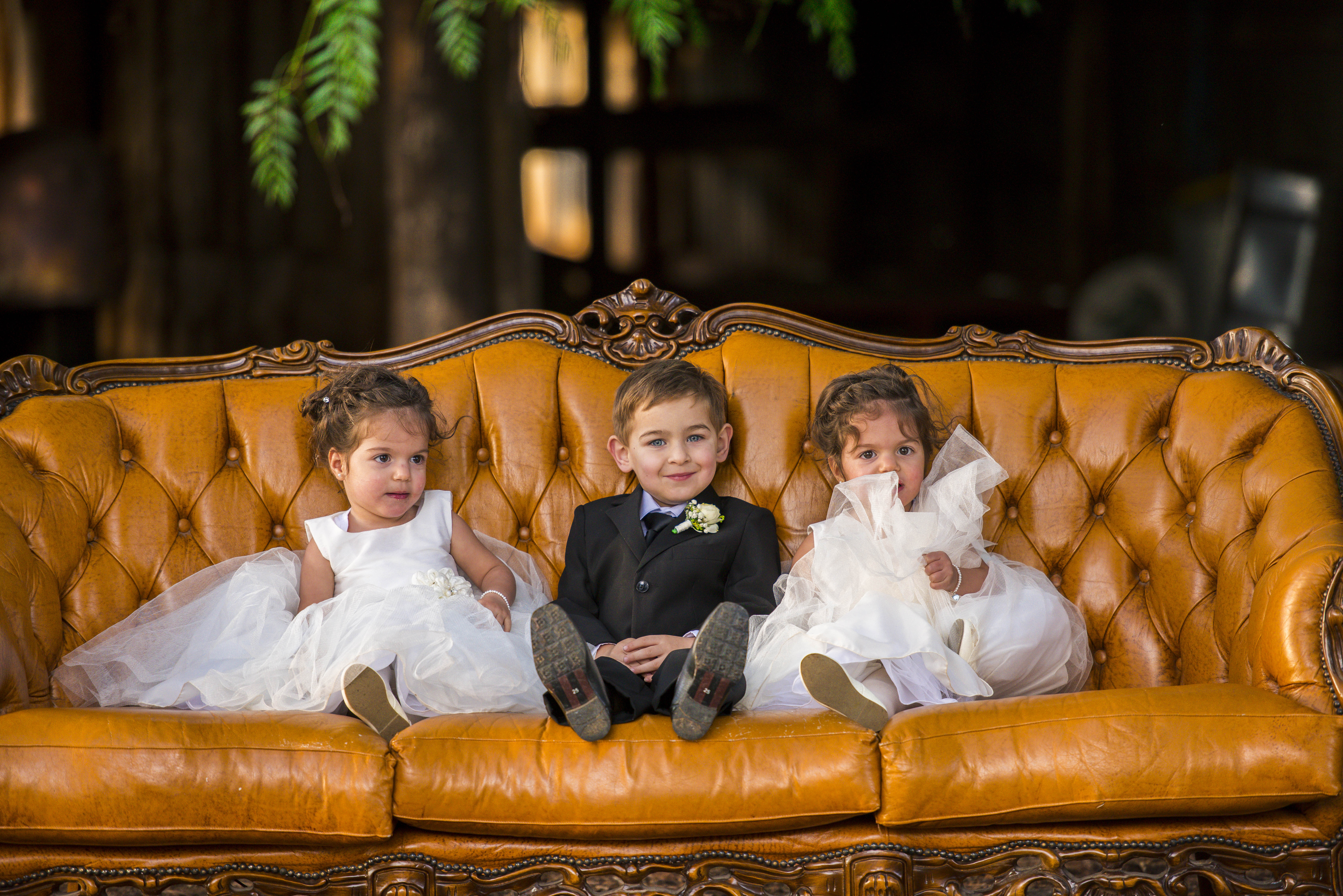 Make-up: Make up by Carmel, Melbourne