An introduction half a world away

Soofia Shojaei and Matt Pourbehi were born and raised in Tehran, Iran, but met half a world away in Australia following a chance introduction by a mutual friend. Now based in Shepparton, the couple travelled to Australia for different reasons — Soofia for study and Matt for work — eventually crossing paths in April 2014 and sealing their commitment a year later, in an intimate wedding ceremony at Emerald Bank.

Soofia Shojaei and Matt Pourbehi
May 9, 2015 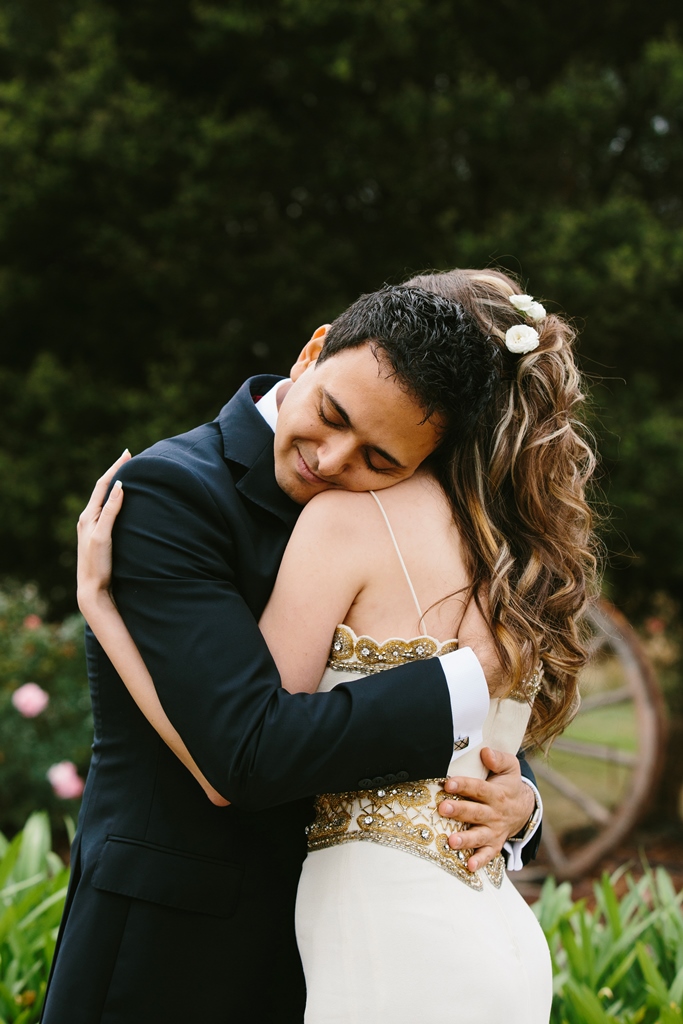 INTIMATE CEREMONY: Photographer Liz Arcus spent the day with the couple capturing the joy and emotion of the occasion to share with family and friends scattered all over the world. Celebrant Jennifer Broadbent and husband Gary were the only other wedding guests, besides the bridal couple’s six-month-old bichon-shih tzu cross Milo, dressed for the occasion in a cute tuxedo. Although their families and friends were unable to attend the ceremony, the couple said the day was memorable and they were grateful to have the story of their day captured on film. 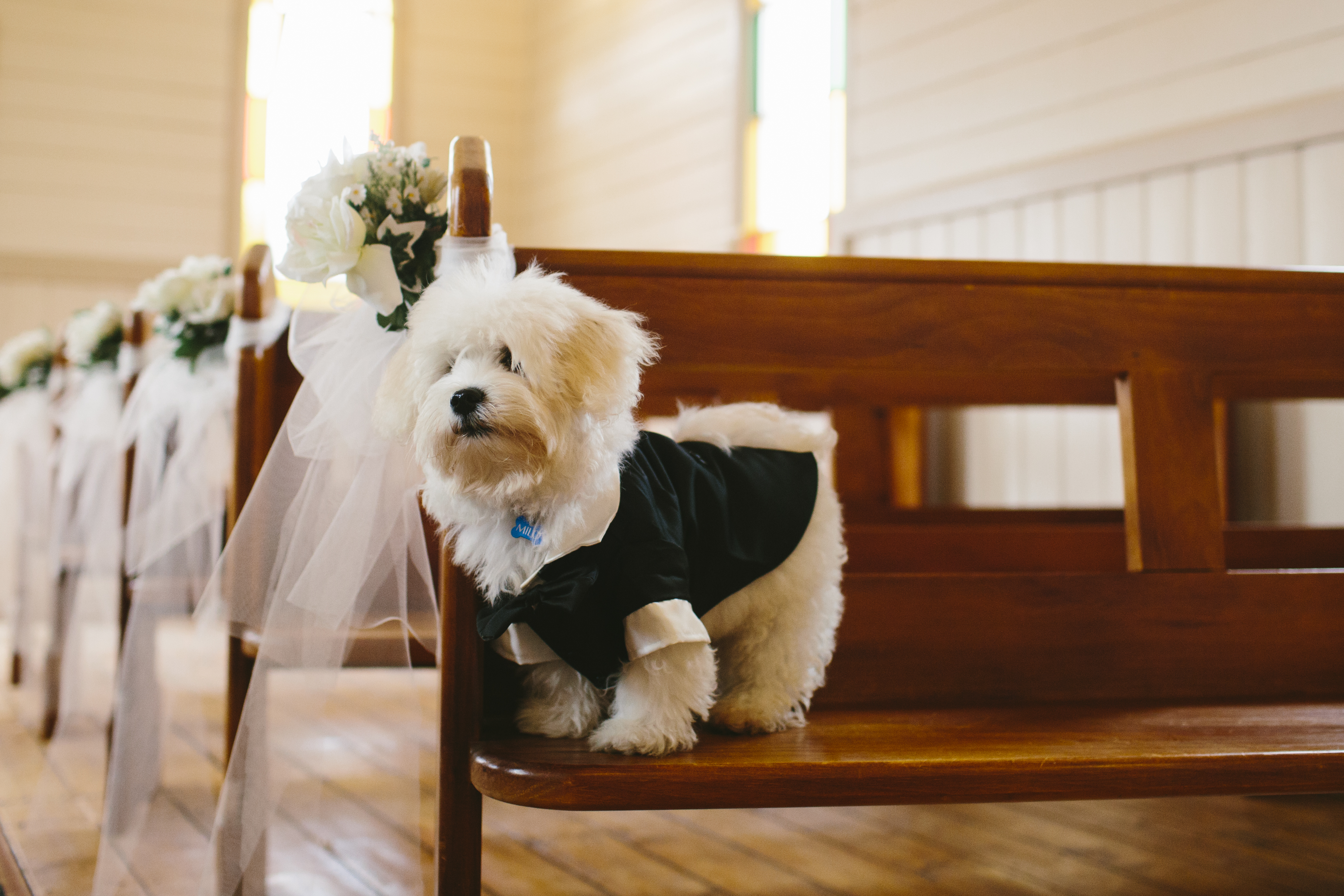 MOTHER’S GOWN: Soofia’s beautiful, cream slim-line gown, embellished with gold embroidery and crystals, was given to her by her mother during a return trip to Iran following her engagement. 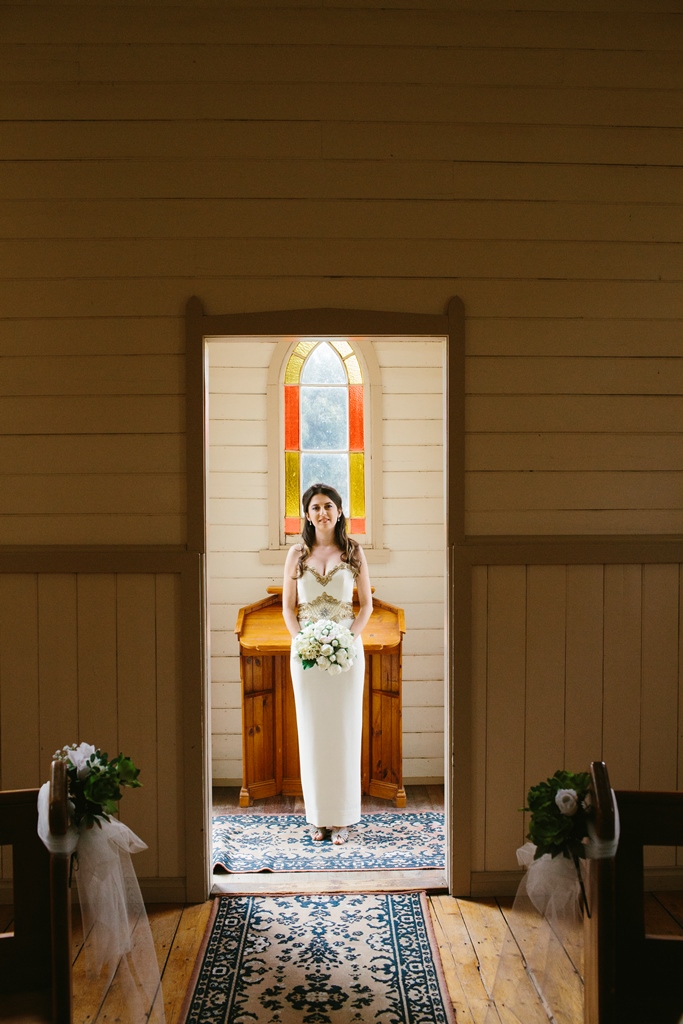 RAINBOW: The gloomy late afternoon weather didn’t deter the couple from singing and dancing a traditional Iranian wedding song; surrounded by glorious autumn leaves and underneath grey skies featuring an enchanting rainbow and heart-shaped cloud. A private dinner, shared by the two of them was the perfect conclusion to their special day. 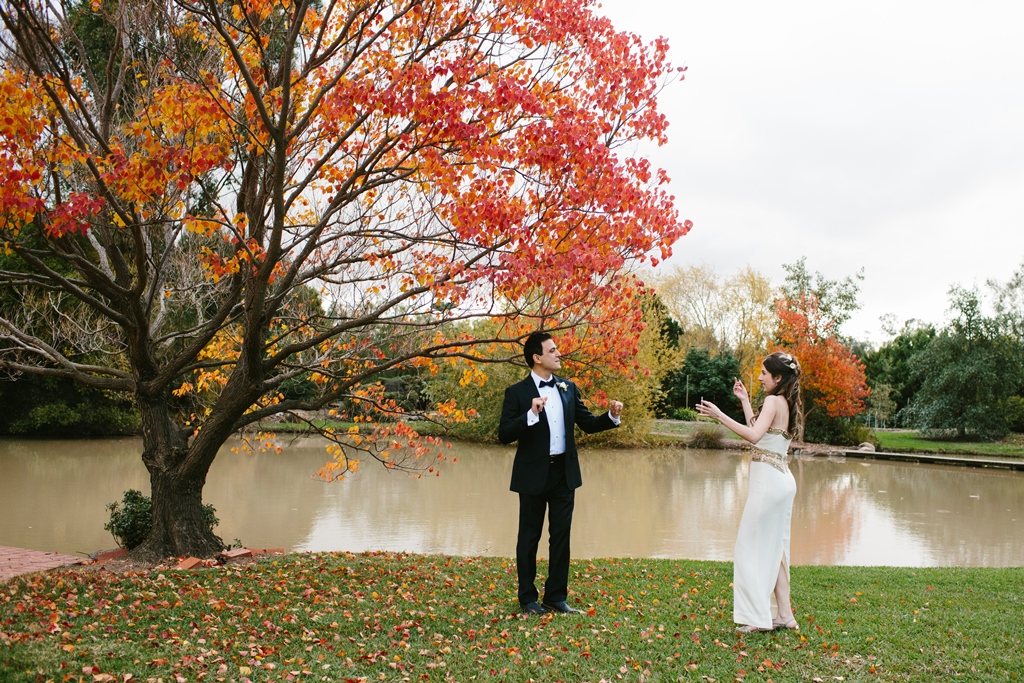 NEW YEAR PROPOSAL: When they first met, Soofia was living in Perth and Matt in the mining town of Chinchilla, Queensland. At their second meeting the pair realised they were made for one another and a long-distance romance ensued, culminating with a marriage proposal around New Year, 2015. “Our New Year became more special for us as we were both excited for making our future (together) and reaching our dreams,” Soofia said.