When you’re in the business of making brides’ dreams come true by helping them find the perfect dress, it means you’re privy to designer collections and countless styles. So, it is understandable that selecting the perfect gown for your own wedding could be quite a task. As the owner of Michele’s Bridal and Formal Wear in Shepparton, Michelle Anstice was spoiled for choice when it came to finding her dream dress. So, what happened when she had a ‘this is the perfect dress’ moment, twice? She said ‘I do’ to both, and wore two dresses on her wedding day on December 20, 2014. 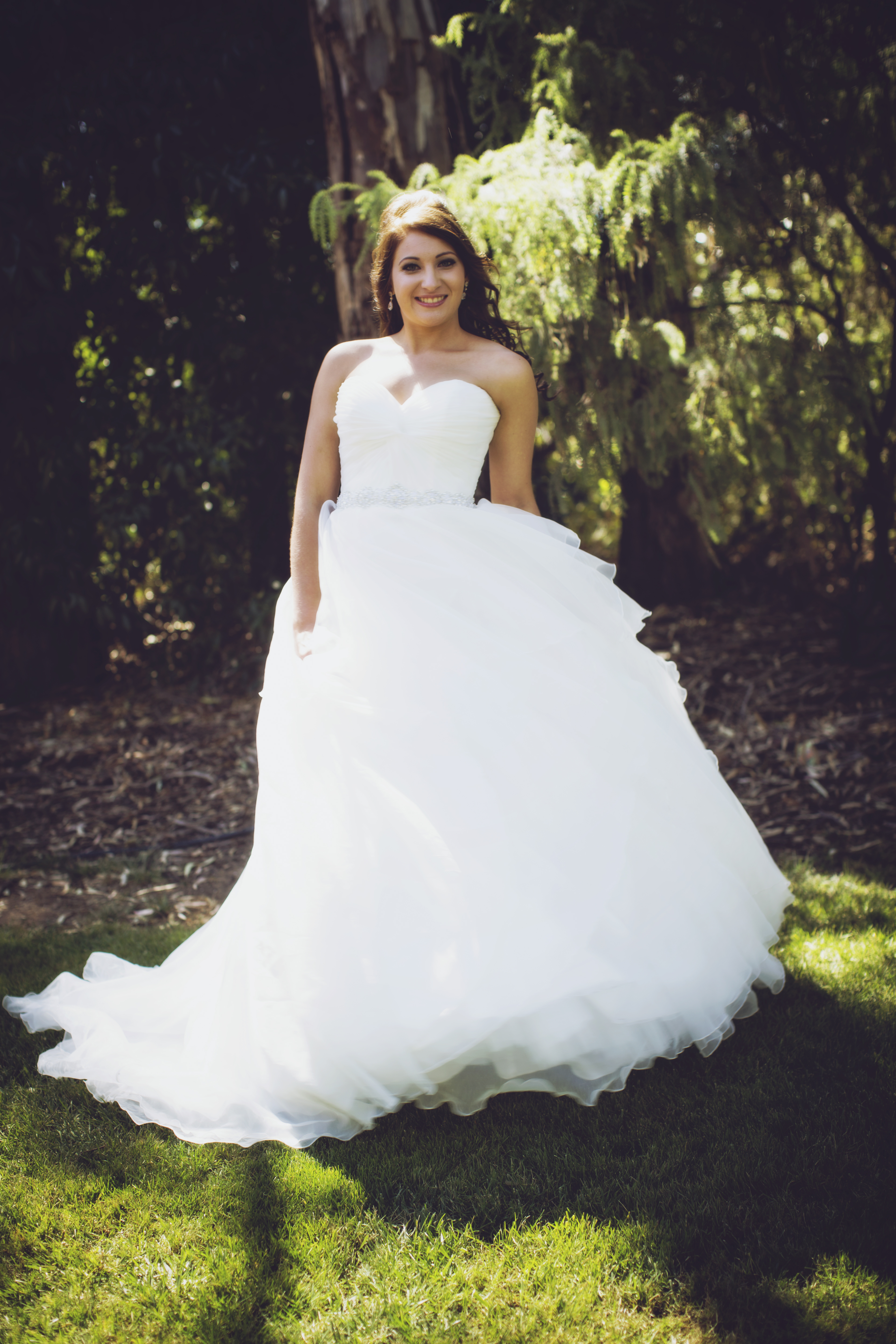 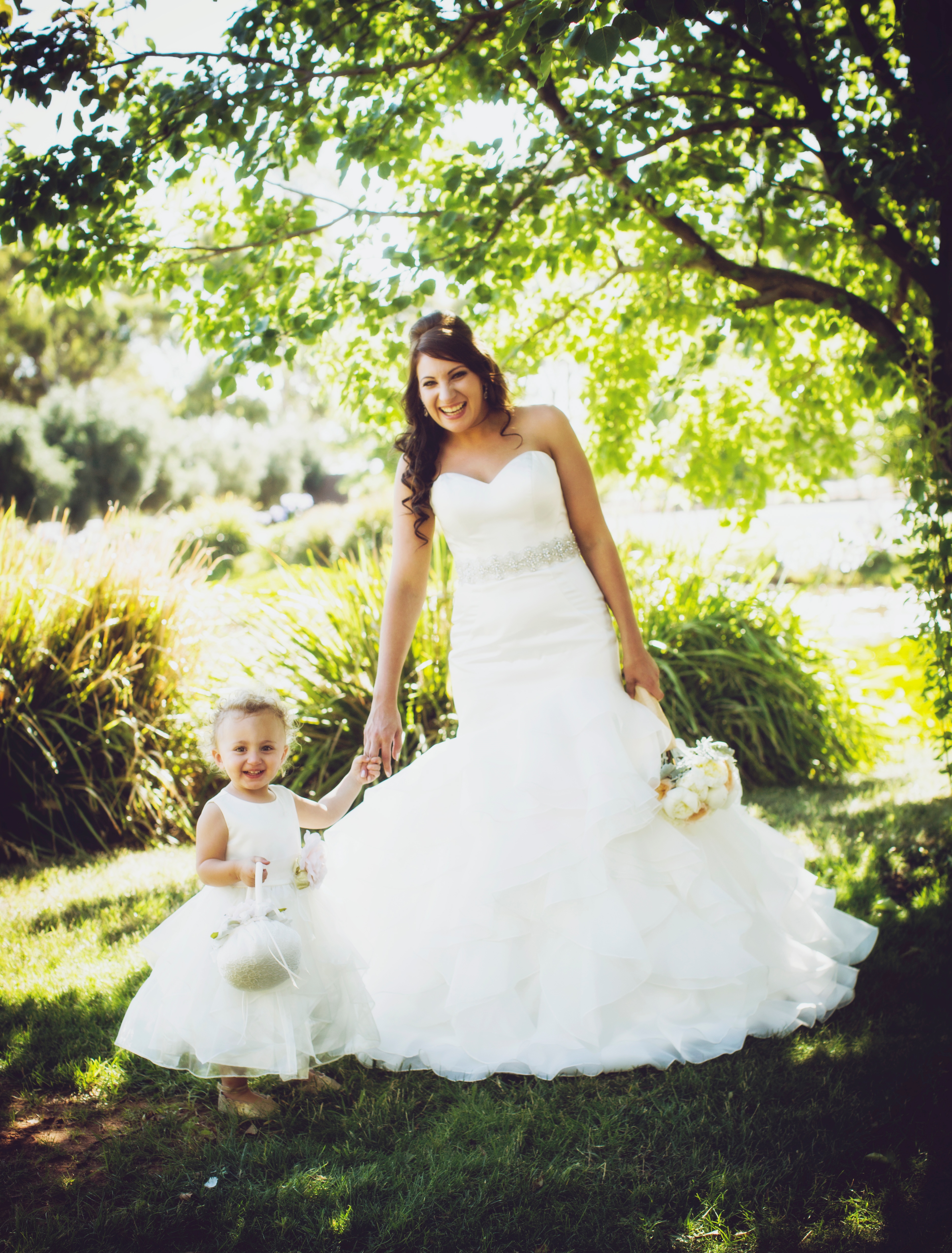 “I had been looking for a dress for close to 18 months and it took until the last six weeks before the wedding until I actually picked one and set it in concrete,” Michelle said. “I probably only tried on about eight dresses though, I didn’t want to overload myself. “I had a specific thing in mind and I was searching for it, I did have the upper hand in that I had the bridal shop.” Michelle said it came down to about four dresses in the end, and it wasn’t until she had to start altering a dress that she actually made a decision on one. “After I had the first dress altered, the second dress came in and I fell in love with it, but I still loved the first one as well,” she said. With an endless array of fairytale-worthy gowns at her fingertips, Michelle reasoned that her guests wouldn’t be too surprised if she wore two dresses anyway. 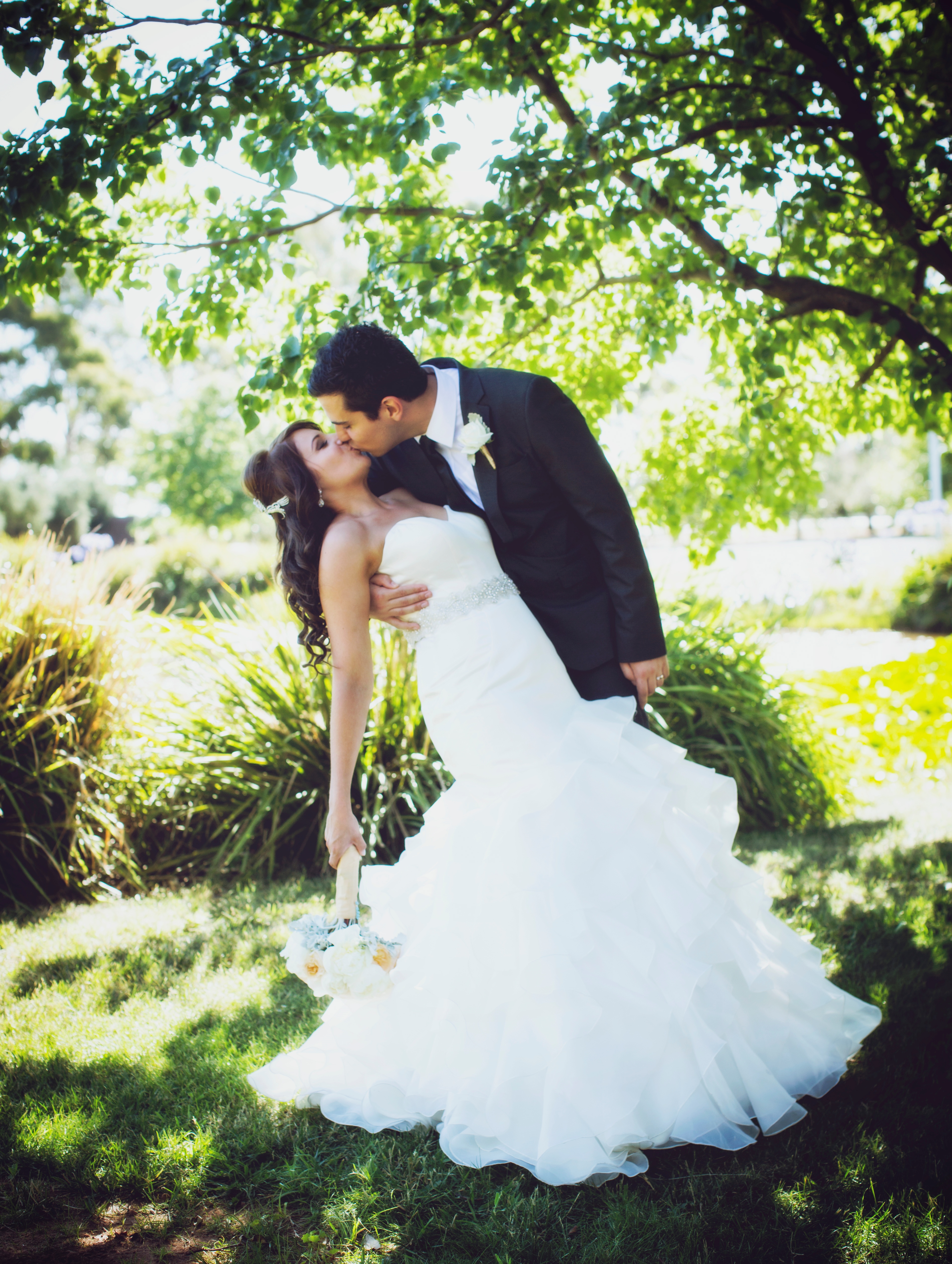 However, she didn’t unveil the surprise until the big day and only a few people in her close circle knew. Although she planned to wait until just before the reception at the Olivehouse Event and Function Venue at Kialla West, she made the change to the second frock earlier than expected to get photos taken in both. Because the dresses were quite similar designs with cascading layers, a lot of guests actually thought Michelle had taken a top layer off the skirt of the first dress, but they were in fact two dresses. While she said the topic of wearing two dresses on your wedding day was a little taboo as some people might view it as frivolous, it was becoming more popular to have a second dress for the reception that was based on comfort. “It is becoming more common to wear a big extravagant gown (for the ceremony) and have all your photos done in it,” she said. “Then the rest of the night for when you want to party the night away, you don’t want to be held back by people standing on your train (and that’s where the second dress comes in).” While Michelle’s gowns were both dazzling — her first dress was an A-line, while her second dress was a slimmer-fit which allowed her and Salvatore to put on a show for their wedding dance, which included moves from Michael Jackson’s Thriller, much to the delight of the guests. 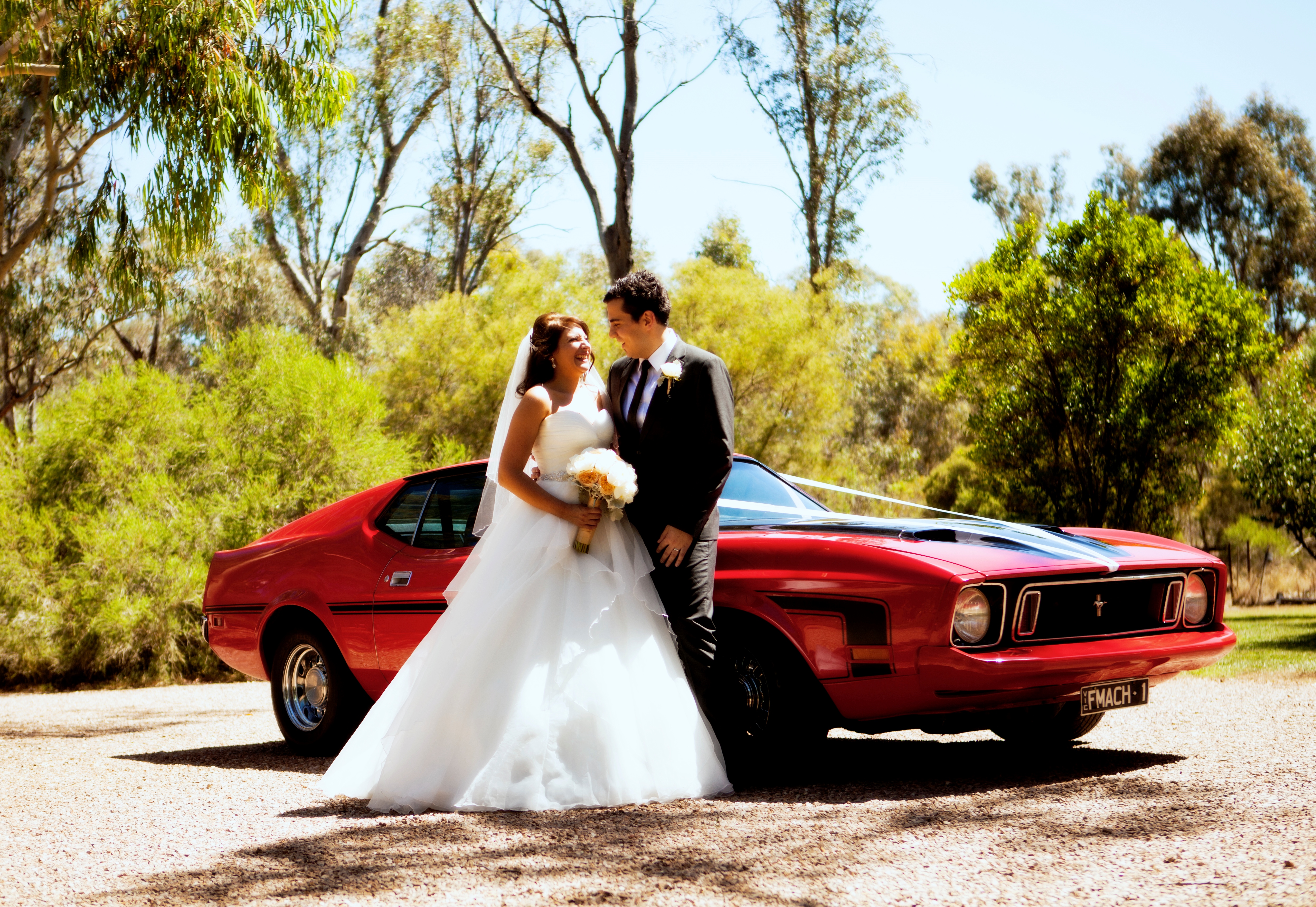 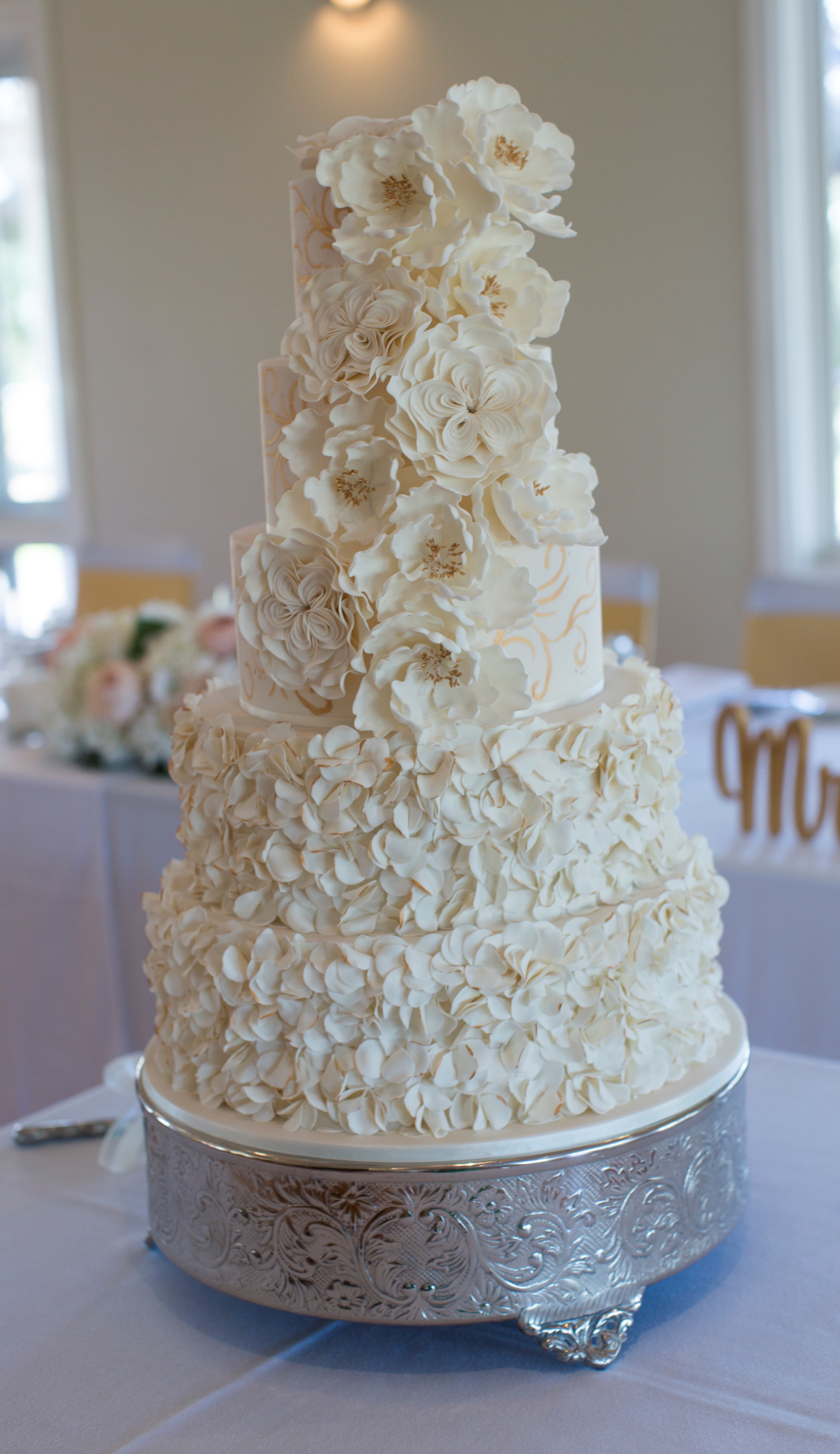